Today I am going to share with you how you can include your children and work on making wise media choices together. 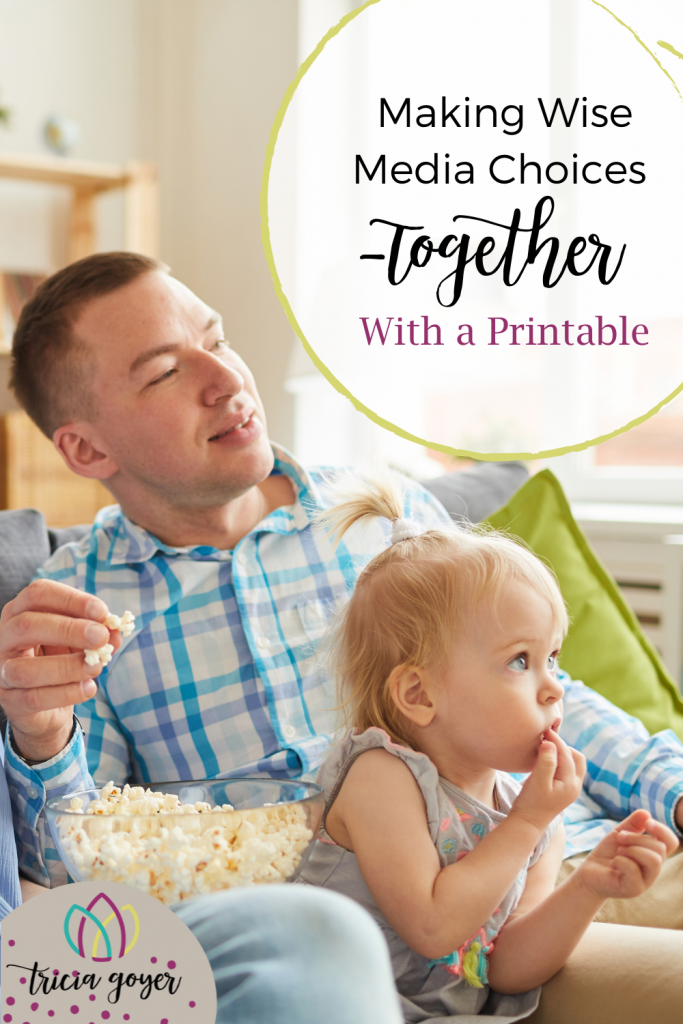 When I was a teen (wasn’t that, like, yesterday?) I thought I knew everything—especially what I would and wouldn’t do with my kids. I thought the movies Footloose, Pretty in Pink, and The Breakfast Club were cool. Yet when I picked Footloose up at Blockbuster, just for fun, I was shocked by the sex, drugs, and rock-n-roll. (OK, I confess I still like the music, but honestly were my standards that non-existent?)

Now that I have kids, of course, I’m even more conservative than my “stuffy” parents ever were. I was allowed to watch Pet Cemetery for goodness sake. Now I nearly have a coronary when a Victoria’s Secret commercial comes on with my kids in the room.

I realize the effects the media can have on young minds because I know how much my mind was influenced growing up in the ‘70s and ‘80s. I remember every episode of The Cosby Show (and reruns of The Brady Bunch), and often times I related more to that family than my own.

I remember the first video I saw on MTV. @TriciaGoyer

I remember the first video I saw on MTV. And musicians like Bruce Springsteen, Tiffany, and Billy Idol were my, uh, idols.

It’s not that I’m totally against television, music, and the media. I’m was addicted to Lost and Alias (still watching them on DVD). And I have to admit I look forward to skimming through People Magazine as I stand in the check-out line at the grocery store. It’s just that I’m not willing to replace a “television family” with my own family connections.

Is it possible to teach my kids values—especially a love for God and family—without moving to a deserted island? Or worse, disconnecting cable forever?

Determine your family’s values before the media determines them for you. 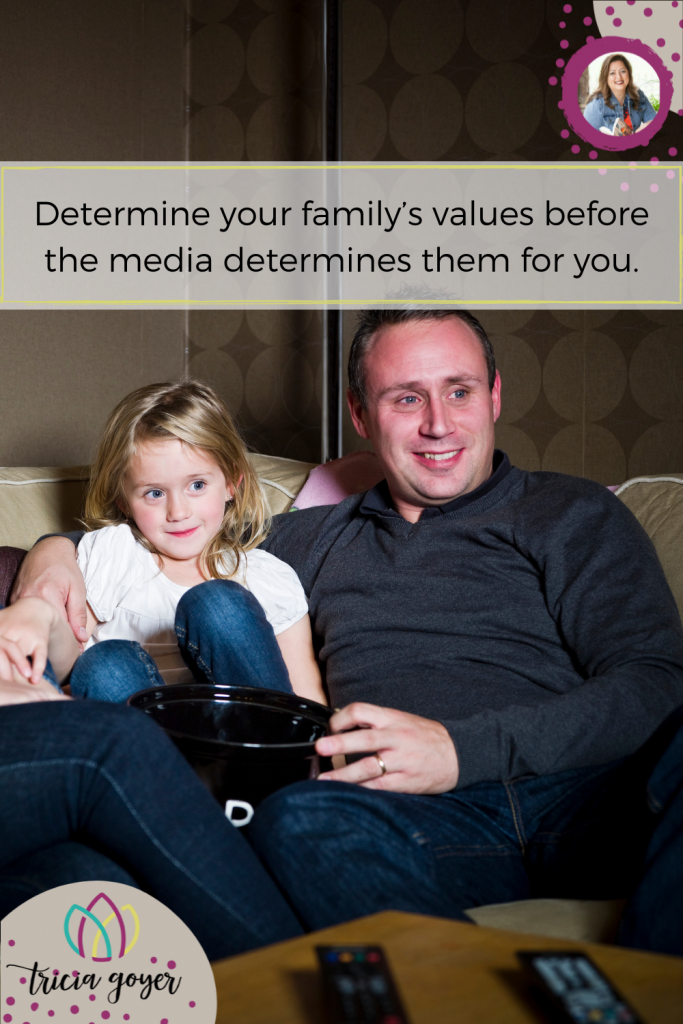 Determine your family’s values before the media determines them for you. @TriciaGoyer

According to The Motherhood Study (2005), a comprehensive survey of two thousand women, “Many mothers feel that the values they are trying to instill in their children are the exact opposite of the values of pop culture and the media.”

Understand how kids form their own internal idea of “the type of person I want to be.”

“[By the age of 10] kids move from simply accepting and absorbing the attitudes and behaviors of their families to becoming more selective,” say Dr. Rick and Kathy Hicks, authors of Boomers, Xers, and Other Strangers. “They hold on to what seems appropriate, but they are also checking out new ideas, attitudes, and values as they are exposed to them through school, media, community groups, and other influences. They are choosing the values and behavior patterns that appeal to them, and they are creating an internal idea of the kinds of person they want to be.”

Realize that kids want the real deal, which is people connecting in authentic relationships.

Today’s kids are skeptical, yet what they do believe we want to apply to everyday life. They’re realistic, not idealistic. Their faith- and family-life has to be truly lived out, or they don’t buy into it.

We can be the parent.

God placed us in a specific generation as children in order for us to become a generation of parents designed to fulfill His chosen purposes. For in the crazy way God works, it’s us who God has been chosen to parent the next generation of powerful men and women of God!

God knows what He’s doing after all—giving us these kids during this time in history. We also must remember He has not left us to do this job alone.

God, thank you for my children and my family. Help me protect their innocence and build their character in positive ways by making wise media choices. Give me the clarity and creativity to monitor and define their boundaries. 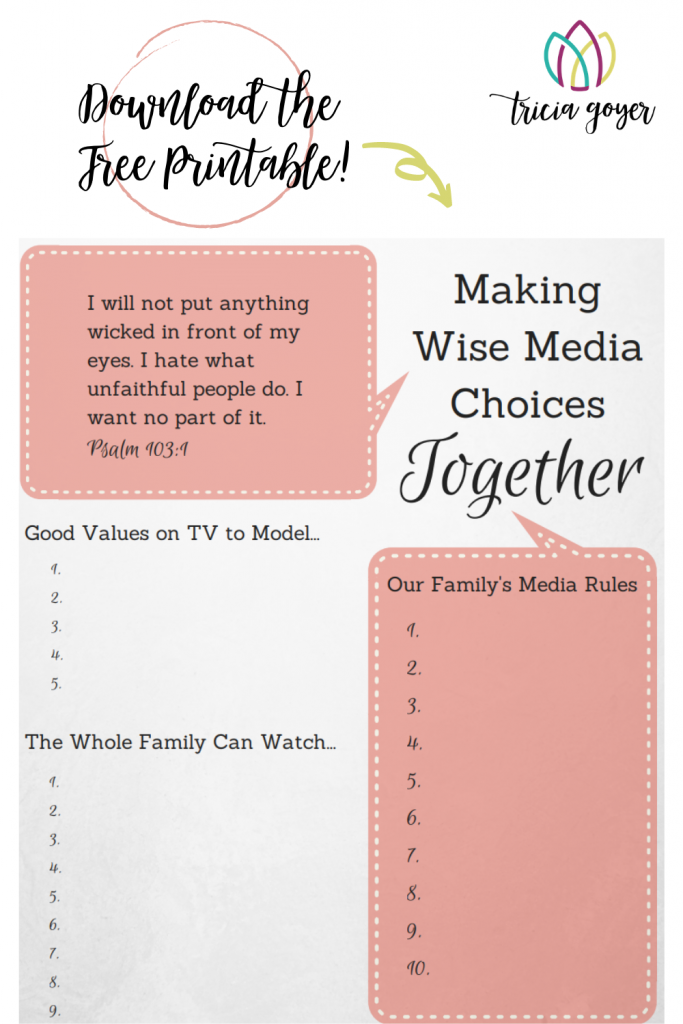 Plugged-In Parenting: How to Raise Media-Savvy Kids with Love, Not War by Bob Waliszewski