You are here: Home / Books / The Swiss Courier: A Novel 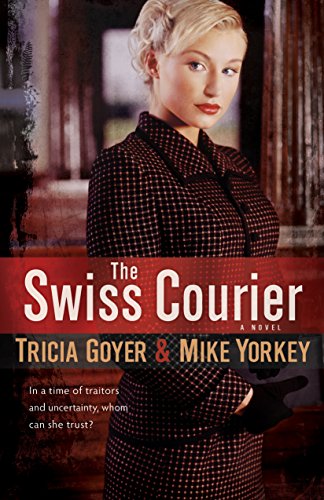 Working as a Swiss transcriptionist for the Americans during WWII, Gabi Mueller’s life changes overnight when she’s recruited as a spy for the precursor of the CIA.

Asked to safely courier a German physicist working on the budding Nazi atomic bomb project to the Swiss border, Gabi feels the weight of the war on her shoulders. But who can she trust?

It is August 1944 and the Gestapo is mercilessly rounding up suspected enemies of the Third Reich. When Joseph Engel, a German physicist working on the atomic bomb, finds that he is actually a Jew, adopted by Christian parents, he must flee for his life to neutral Switzerland.

Gabi Mueller is a young Swiss-American woman working for the newly formed American Office of Strategic Services (the forerunner to the CIA) close to Nazi Germany. When she is asked to risk her life to safely “courier” Engel out of Germany, the fate of the world rests in her hands. If she can lead him to safety, she can keep the Germans from developing nuclear capabilities. But in a time of traitors and uncertainty, whom can she trust along the way?

This fast-paced, suspenseful novel takes readers along treacherous twists and turns during a fascinating–and deadly–time in history.

Read an Excerpt
Download the Discussion Guide
Watch the Trailer

About the Author
Tricia Goyer

Tricia Goyer writes out of her passion for God and her love for family and others. The author of more than 70 books, she writes both historical fiction and nonfiction related to family and parenting.

This USA-Today Best-selling Author has also won a two Carol Awards and a Retailer’s Best Award. She was also an ECPA Gold-Medallion Nominee and a Christy Award Nominee and won Writer of the Year from the Mt. Hermon Christian Writers Conference.

Tricia is a popular conference speaker. She has spoken at events such as MomCon, Raising Generations, and Teach Them Diligently conferences and been interviewed by numerous national TV and radio programs and magazines. Her new podcast, Walk It Out, can be found on iTunes or downloaded on any podcasting app. Whether through writing, blogging, speaking or podcast, Tricia loves sharing messages of inspiration and hope.

A homeschooling mom of ten, including seven by adoption, Tricia is also a grandmother of four and wife to John. With a busy life, she understands the importance of making every word count.

Other Books in "Gabi Mueller Series" 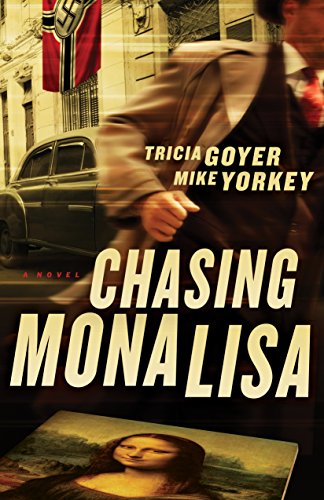 Chasing Mona Lisa: A Novel
Look Inside
We use cookies to ensure that we give you the best experience on our website. If you continue to use this site we will assume that you are happy with it.OkNoPrivacy Policy