I had a chance to watch October Baby with my family and I have to say I loved the movie! It’s about a young woman who discovers that she was adopted–but more than that, that she survived an abortion attempt by her birth mother.

It’s an impacting, moving story. It’s told well, and they did a great job with the production. The story wasn’t an easy one to tell, yet they pulled it off well!

After the movie was over and we turned on the lights, my 19-year-old daughter turned to me. “Everyone needs to watch that movie.”

I know the movie will impact many. Yet for those who’ve had an abortion in that past, like me, it may stir up old pains. I remember the first time I heard another person talk about abortion at church. I wanted to sink into the pew and hide. I’m sure I sucked in an audible gasp.

It happened during announcements. The pretty blonde stood in front of the church. “I had an abortion when I was 19.” Her eyes scanned the crowd. “And I will be leading a Bible study for others like me.”

My hands trembled. I was sure everyone around me could guess my secret. Yet a flicker of hope stirred.

There’s someone like me — someone who knows this pain . I’d been a Christian for years, but the shame of an abortion at 15 heavily weighed on my heart. I had no idea other women also dealt with the same heartache. 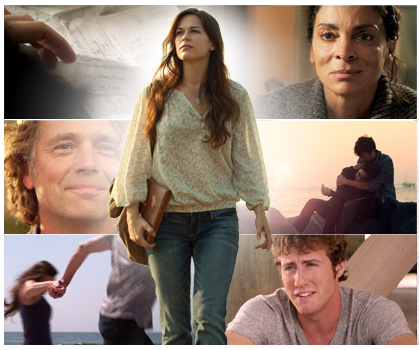 
Each year, almost half of all pregnancies among American women are unintended. 1 About half of these unplanned pregnancies, 1.3 million each year, are ended by abortion. 1 , 2 Yet for a Christian woman, it may feel like she’s the only one dealing with this issue. Church leaders often don’t know how to approach the subject for fear of stirring “controversy.” Yet women need hope. They need to hear that others have faced the same pain and have found forgiveness and healing. That’s why movies like October Baby are so important. The main character of October Baby is the young woman who survived the abortion attempt, and my heart also went out to her mother. No one knew the pain but her. I’m sure she was certain no one would understand.


After an abortion, many women cope through repression and denial. Oftentimes, this “works” for 5, 10, even 20 years, but having children or facing infertility can bring suppressed feelings to light. Before she realizes her pain, suppressed shame and guilt can express themselves in many ways including low self-esteem, insomnia, nightmares, and flashbacks. It is common to turn to alcohol or drugs to numb the ache.

Women do not need to remain suffering silent prisoners. According to J. Willke, there are five steps in the healing process:

I encourage you to watch October Baby! Also spread the word. Let your friends know about this amazing movie!

If you’ve had an abortion, I pray you will find healing. And if you know someone who has–won’t you reach out to her and help her? A loving friend can do amazing things through the healing process.