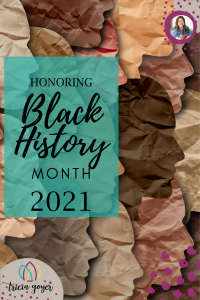 As a white person growing up in California I had black friends, and I thought I understood black history, just from things I’d learned in school. Then, in 2010, my family moved to Little Rock, Arkansas, I started a support group for inner-city teen moms, and we started attending a multi-ethnic church, and I realized I knew nothing at all.

So, what did I do? I began to read and study. I asked questions tough questions and sought out honest answers. Instead of standing by idly, I pushed in to learn the hard facts.

What grew in me then was a deep respect and appreciation for the battle our brothers and sisters have fought. I pray that the following resources help you find the answers too. But, moreover, I hope they lead us to a better understanding and build a bond of unity among us all. 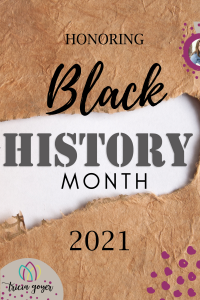 We live near Central High School, and I take everyone who visits to experience the museum, commemorating the Little Rock Nine, and discover a part of history they don’t know. Recently I hosted an online virtual tour sharing this location with the world. While the capital city of Arkansas looks idyllic now, this city is a site of many of history’s heartaches.  During the tour I shared about the Civil Rights battle that took place here when a group of nine black students were blocked from entering the formerly all-white Central High School by the Arkansas National Guard, drawing national attention to the civil rights movement.

One resource I recommend to help you learn from a first-hand account is Warriors Don’t Cry: An innocent teenager. An unexpected hero by Melba Pattiollo Beals. 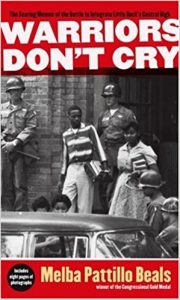 In 1957, Melba Pattillo turned sixteen. That was also the year she became a warrior on the front lines of a civil rights firestorm. Following the landmark 1954 Supreme Court ruling, Brown v. Board of Education, Melba was one of nine teenagers chosen to integrate Little Rock’s Central High School.

“In this essential autobiographical account by one of the Civil Rights Movement’s most powerful figures, Melba Pattillo Beals of the Little Rock Nine explores not only the oppressive force of racism, but the ability of young people to change ideas of race and identity.

In 1957, well before Martin Luther King’s “I Have a Dream” speech, Melba Pattillo Beals and eight other teenagers became iconic symbols for the Civil Rights Movement and the dismantling of Jim Crow in the American South as they integrated Little Rock’s Central High School in the wake of the landmark 1954 Supreme Court ruling, Brown v. Board of Education.

Throughout her harrowing ordeal, Melba was taunted by her schoolmates and their parents, threatened by a lynch mob’s rope, attacked with lighted sticks of dynamite, and injured by acid sprayed in her eyes. But through it all, she acted with dignity and courage, and refused to back down.

Warriors Don’t Cry is, at times, a difficult but necessary reminder of the valuable lessons we can learn from our nation’s past. It is a story of courage and the bravery of a handful of young, black students who used their voices to influence change during a turbulent time.

Want to learn more and see the site of this historical landmark? Join me on a LIVE tour of Little Rock on Wednesday, February 10th at 2:00 pm or Friday, February 12th at 2:00 pm with www.virtualtrips.io
https://www.virtualtrips.io/tours/little-rock-riverside-park
The tour shows Little Rock as being on the pathway for the Trail of Tears. On this trail, the Cherokee, Choctaw, Creek, Chickasaw, and Seminole tribes traveled through the state in the 1830s to new lands in the Indian Territory in modern-day Oklahoma. Visitors will also see a Civil War river crossing location. This tour will take place in Riverside Park, visiting local landmarks and markers. These include an Indian head carving, a Civil War marker, and a historical sculpture garden. We’ll also see the Clinton Presidential Park Bridge, and the tour will end in Downtown Little Rock for a glimpse of the city.
The tour is free and but accepts tips. I hope you’ll join me for this fun and informative tour of Little Rock.