You are here: Home / Community / How to Bring About Racial Reconciliation- Wisdom and Resources

As I learn more and more about how my Christian brothers and sisters of color have struggled, I search for more ways to share How to Bring About Racial Reconciliation. My hope is that this post will give you ideas and sources of inspiration to reach out in love to the world around you. We are better together. 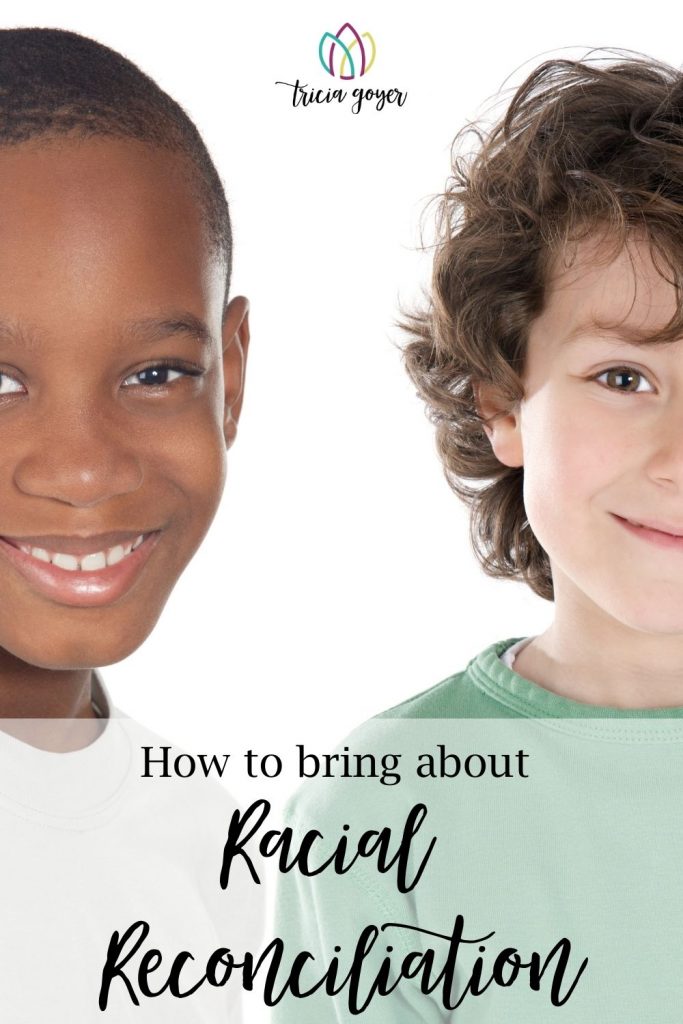 As a white person growing up in California I had black friends, and I thought I understood black history, just from things I’d learned in school. Then, in 2010, my family moved to Little Rock, Arkansas. When I started a support group for inner-city teen moms, and we started attending a multi-ethnic church, I realized I knew nothing at all.

But, what to do next?

I knew I needed to educate myself if I wanted to help bring about racial reconciliation.

These are some resources I’ve discovered to help me understand the true history of my black brothers and sisters. By learning, I can build better friendships and have better conversations.

As we approach Martin Luther King Jr. Day (Monday, January 20th, 2020) I wanted to share several resources I highly recommend. I truly believe that once when we take time to understand another’s history, we are one step closer to the reconciliation our country needs.

I highly recommend these books to help us grown in understanding. 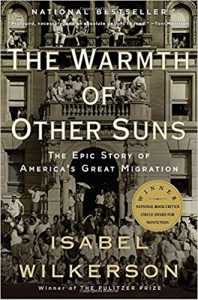 1. The Warmth of Other Suns | Isabel Wilkerson

This book was mentioned by my Pastor Harry Li over the pulpit and I ordered the Audible book during the sermon, and I’m so thankful I did. Have you ever heard of the Great Migration? Yeah, I hadn’t either. It’s the decades-long migration of black citizens who fled the South for northern and western cities, in search of a better life. The book is told through three lives, Ida Mae Brandon Gladney, George Swanson Starlin, and Robert Joseph Pershing Foster, with drama and poignancy that captivated me and also broke my heart about what “a better life” often brought. I think every American should read this book and learn the history they were never taught.

More about The Warmth of Other Suns: From 1915 to 1970, this exodus of almost six million people changed the face of America. Wilkerson compares this epic migration to the migrations of other peoples in history. She interviewed more than a thousand people and gained access to new data and official records. This definitive and vividly dramatic account will pierce you.

With stunning historical detail, Wilkerson tells this story through the lives of three unique individuals: Ida Mae Gladney, who in 1937 left sharecropping and prejudice in Mississippi for Chicago. She achieved quiet blue-collar success and, in old age, voted for Barack Obama when he ran for an Illinois Senate seat. Sharp and quick-tempered George Starling, fled Florida for Harlem. Where, in 1945, he endangered his job fighting for civil rights, saw his family fall, and finally found peace in God. Robert Foster left Louisiana in 1953 to pursue a medical career. He became the personal physician to Ray Charles as part of a glitteringly successful medical career. One which allowed him to purchase a grand home where he often threw exuberant parties.

Wilkerson brilliantly captures their first treacherous and exhausting cross-country trips by car and train. She exposes how new lives, in colonies that grew into ghettos, changed these cities with southern food, faith, and culture. They also improved them with discipline, drive, and hard work. Both a riveting microcosm and a major assessment, The Warmth of Other Suns is a bold, remarkable, and riveting work. The story is a superb account of an “unrecognized immigration” within our country. Through the breadth of its narrative, the beauty of the writing, the depth of its research, and the fullness of the people and lives portrayed herein, this book is destined to become a classic. 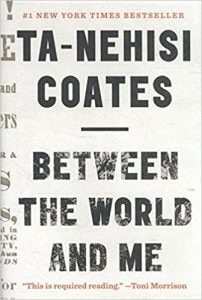 2. Between the World and Me | Ta-Nehisi Coates

I cried at times hearing the things a black father had to teach his son about living in American and the past and current treatment of black bodies. Ta-Nehisi Coates’ words are poetic and impactful towards racial reconciliation.

More about Between the World and Me: A profound work that pivots from the biggest questions about American history and ideals to the most intimate concerns of a father for his son. Ta-Nehisi Coates offers a powerful new framework for understanding our nation’s history and current crisis. Americans have built an empire on the idea of “race.” This falsehood damages us all but falls most heavily on the bodies of black women and men. These same bodies were exploited through slavery and segregation. Today, they are threatened, locked up, and murdered out of all proportion. What is it like to inhabit a black body and find a way to live within it? And how can we all honestly reckon with this fraught history and free ourselves from its burden?

Between the World and Me is Ta-Nehisi Coates’s attempt to answer these questions in a letter to his adolescent son. Coates shares with his son—and readers—the story of his awakening to the truth about his place in the world through a series of revelatory experiences. Coates shares from Howard University to Civil War battlefields, from the South Side of Chicago to Paris, from his childhood home to the living rooms of mothers whose children’s lives were taken as American plunder. Beautifully woven from personal narrative, reimagined history, and fresh, emotionally charged reportage, Between the World and Me illuminates the past, bracingly confronts our present, and offers a transcendent vision for a way forward. 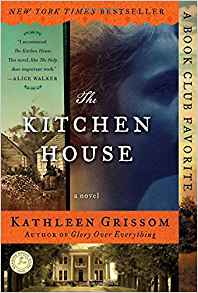 This novel is rough and raw and hard to read, especially about the treatment of black slaves … which is exactly why you need to read it.

More about The Kitchen House: Kathleen Grissom, New York Times bestselling author of the highly anticipated Glory Over Everything, established herself as a remarkable new talent with The Kitchen House, now a contemporary classic. In this gripping novel, a dark secret threatens to expose the best and worst in everyone tied to the estate at a thriving plantation in Virginia in the decades before the Civil War.

Orphaned during her passage from Ireland, young, white Lavinia arrives on the steps of the kitchen house and is placed, as an indentured servant, under the care of Belle, the master’s illegitimate slave daughter. Lavinia learns to cook, clean, and serve food, while guided by the quiet strength and love of her new family.

In time, Lavinia is accepted into the world of the big house, caring for the master’s opium-addicted wife and befriending his dangerous yet protective son. She attempts to straddle the worlds of the kitchen and big house, but her skin color will forever set her apart from Belle and the other slaves.

Through the unique eyes of Lavinia and Belle, Grissom’s debut novel unfolds in a heartbreaking and ultimately hopeful story of class, race, dignity, deep-buried secrets, and familial bonds. 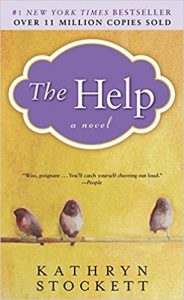 My favorite novel from a few years ago about black maids in 1962 Jackson, Mississippi. Even if you saw the movie and liked it (or didn’t!) You need to read the book.

More about The Help: Aibileen is a black maid in 1962 Jackson, Mississippi, who’s always taken orders quietly. Lately, she’s unable to hold her bitterness back. Her friend Minny has never held her tongue but now must somehow keep secrets about her employer that leave her speechless. White socialite Skeeter just graduated college. She’s full of ambition, but without a husband, she’s considered a failure. These seemingly different women join together to write a tell-all book about work as a black maid in the South. A story that could forever alter their destinies and the life of a small town… 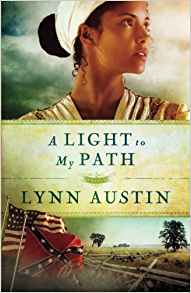 One of my favorite Christian novels. The sympathetic characters helped me to understand history better.

More about A Light to My Path: “You don’t have to go with Missy Claire. She can’t make you go with her.”

Kitty, a house slave, has always obeyed Missy Claire and followed orders. But when word arrives that the Yankees are coming, Kitty is faced with a decision. Will she continue serving Missy Claire and her household? Or will she listen to Grady and embrace this chance for freedom? Even wise Delia says Kitty has to decide for herself—that nobody except the Lord can tell her which way to go.

Kitty has always lived in a world where authority is not questioned. She never has learned to make up her mind any more than she has learned to read or write.

But now Kitty has a daunting choice: How does she want her story to end? 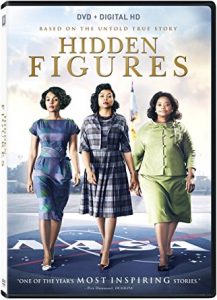 One of my favorite movies. The story is about brilliant women who changed history. 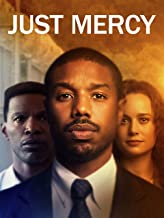 Free to stream right now, this movie is one you NEED to watch. The book is even better! I cannot tell you how heartbreaking and shocking it was to hear these true stories. 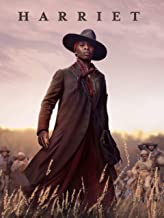 I thought I understood about Harriet Tubman and the Underground Railroad, but this movie blew me away. Harriet has moved to the top of the list in my “Hero” category.

“Midwives of culture for grace and truth.” Truth’s Table is hosted by Michelle Higgins, Christina Edmondson, and Ekemini Uwan–Black Christian women who love the truth and seek it out wherever it leads us. We will share our perspectives on race, politics, gender, current events, and pop culture that are filtered through our Christian faith. So pull up a chair and have a seat at the table with us. Learn more at TruthsTable.com

Jamie Ivey is my favorite podcast. She’s not afraid to talk about hard, yet important topics. Here are some great podcasts that talk about diversity:

Here’s one of my favorite Ted Talks about injustice and racial reconciliation.

Bryan Stevenson: We need to talk about an injustice. 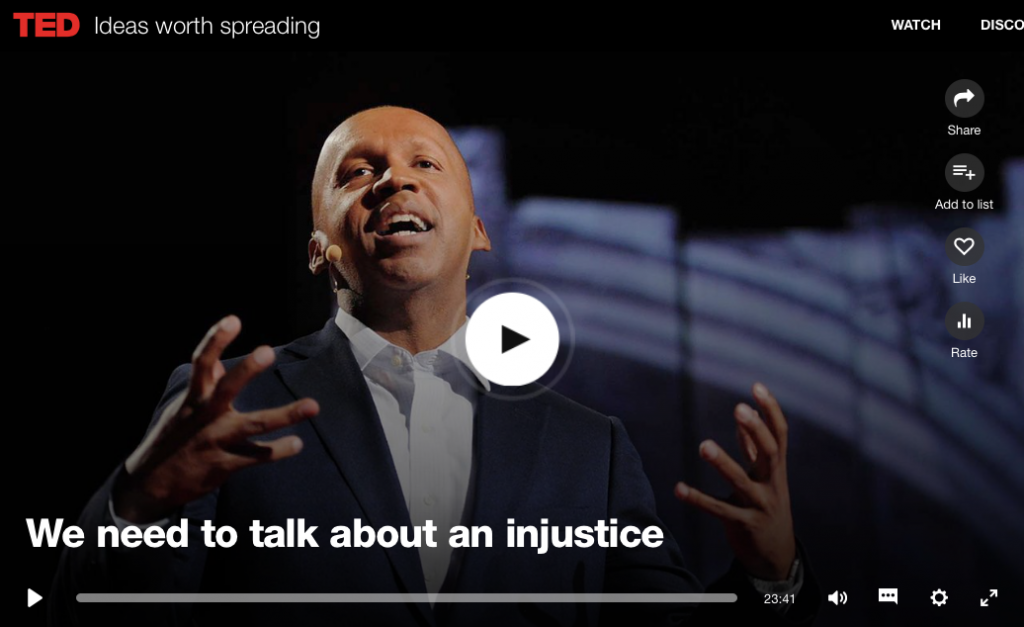 An engaging and personal talk with human rights lawyer Bryan Stevenson. He shares some hard truths about America’s justice system. Starting with a massive imbalance along racial lines: a third of the country’s black male population has been incarcerated at some point in their lives. These issues are wrapped up in America’s unexamined history. They are rarely talked about with this level of candor, insight, and persuasiveness.

Engaging Resources to Help with Racial Reconciliation from @TriciaGoyer