You are here: Home / faith / Using July 4th to Teach Our Kids About Our True Freedom in Christ 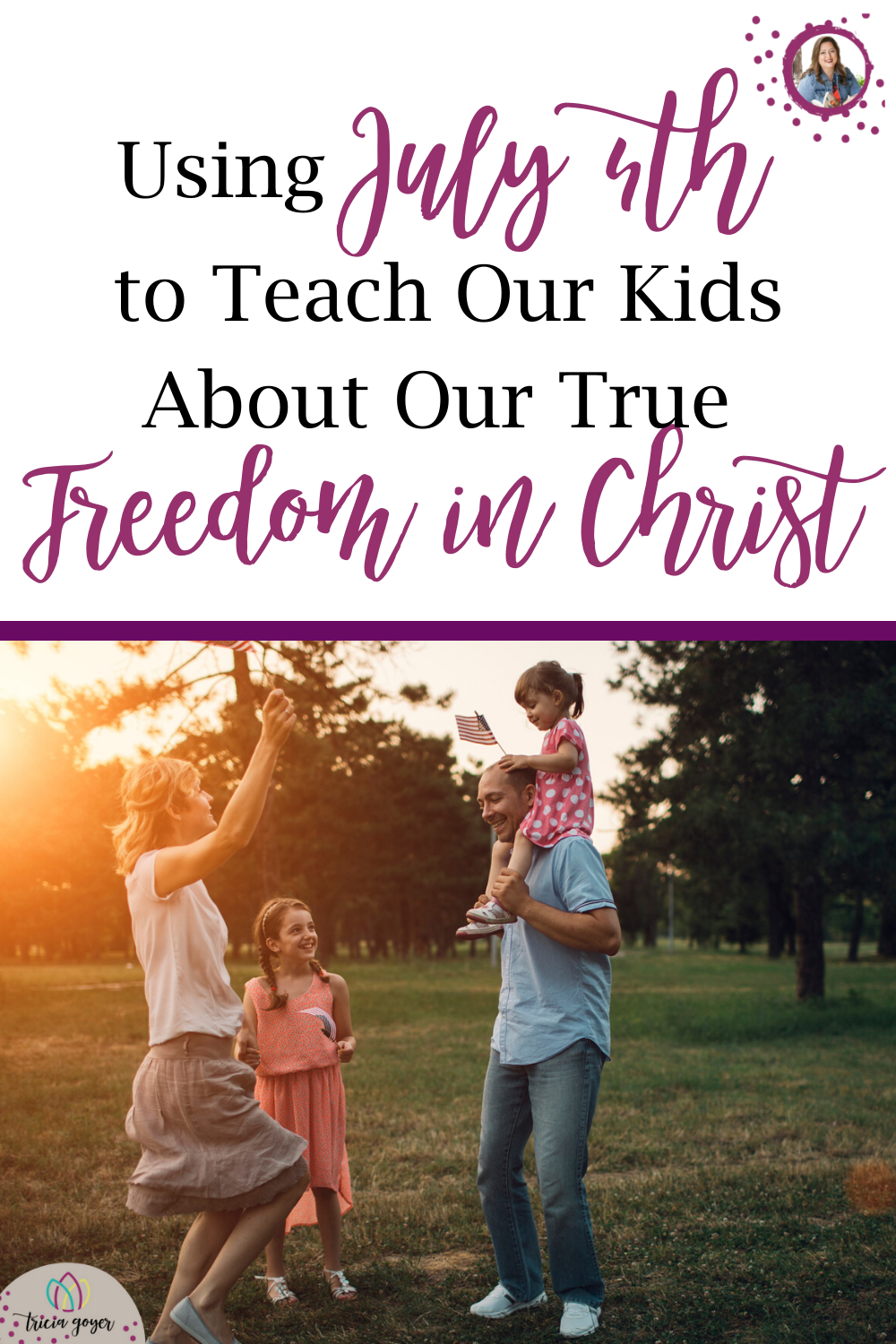 What did freedom for our country mean?

On July 4, 1776, a group of American colonists united together and declared independence from Great Britain. Trouble started between Great Britain and the colonies in 1760 when the British king, George III, needed money to pay for a recent war against France and to help run the empire. The king decided to tax the colonies to raise money, but the colonist didn’t like that one bit. Why should they pay when they had no say in the British government? They rebelled against “taxation without representation” and war broke out. Around the same time, a committee was formed to create a constitution of laws and rights for the new country.

Yet even after the people declared their freedom, they still had to fight for it. They continued to fight the Revolutionary War until 1783. It was only after they won their freedom that they could follow the rules they’d designed for their own country. They finally had the FREEDOM to live the way they desired.

What does true freedom mean for our souls?

Personally, we are not ruled by a British king, but we have our own BIG problem…sin.

Sin makes us want to do things that are the opposite of what God wants.

It isn’t something we can control. We cannot “try harder” not to sin.

The only way we can NOT sin is to invite a different ruler into our life…and that ruler is Jesus.

July 4th is a time set apart to celebrate our country’s freedom. We can also use it as a time to celebrate the true freedom that Jesus brought. 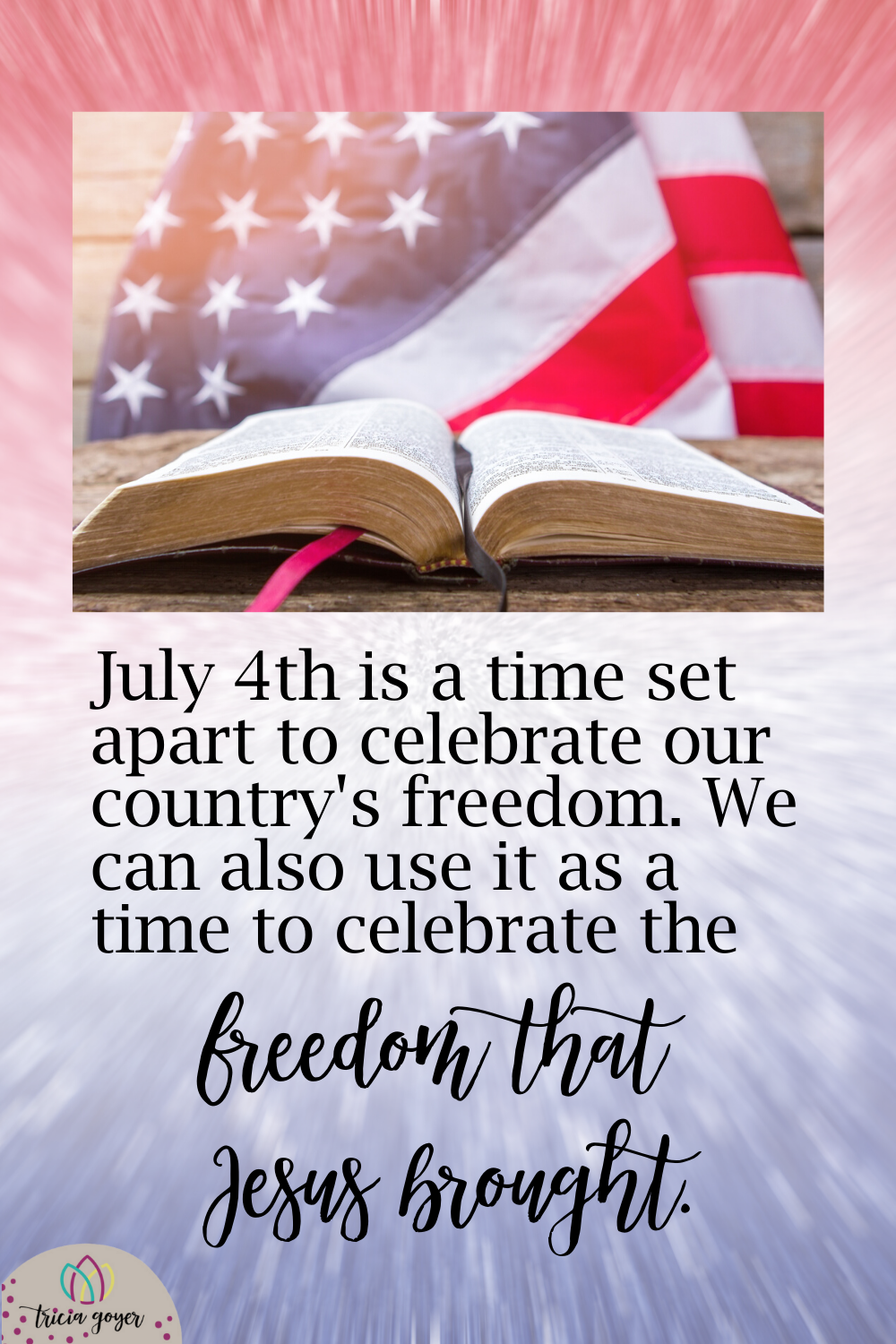 3. Teach kids that everyone sins and falls short of what God wants, and because of sin, we cannot spend eternity with God. (Romans 3:23)

4. Teach kids that God understood the problem with sin and made a way for us to have freedom from sin. The freedom comes from letting Jesus clean the sin from our hearts. John 3:16 says,

“For this is how God loved the world: He gave his one and only Son, so that everyone who believes in him will not perish but have eternal life.”

Before the big celebration begins, take time to pray and thank Jesus for the true freedom He brought. You can also read God Bless Our Country. God Bless Our Country teaches children the values of patriotism through July Fourth celebrations with fireworks, parades, picnics, and all the fun things families do together to celebrate America. 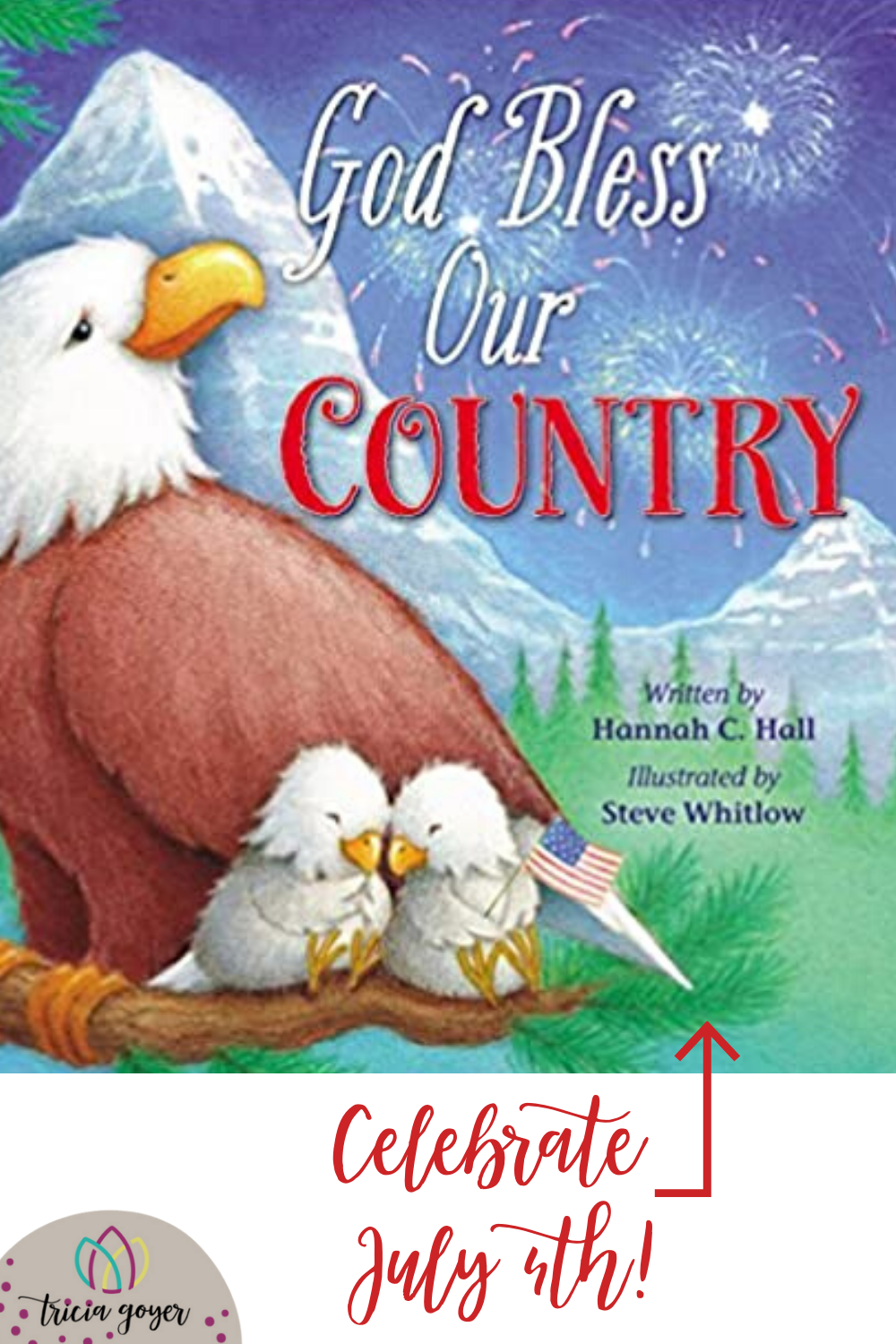 We have much to celebrate! And as the fireworks light up the sky, use that as a time to remember to celebrate all God has done.

How have you used our patriotic holidays to teach kids about true freedom in Christ?