You are here: Home / being an author / My Writing Desk | Richard Mabry (Plus a Giveaway) 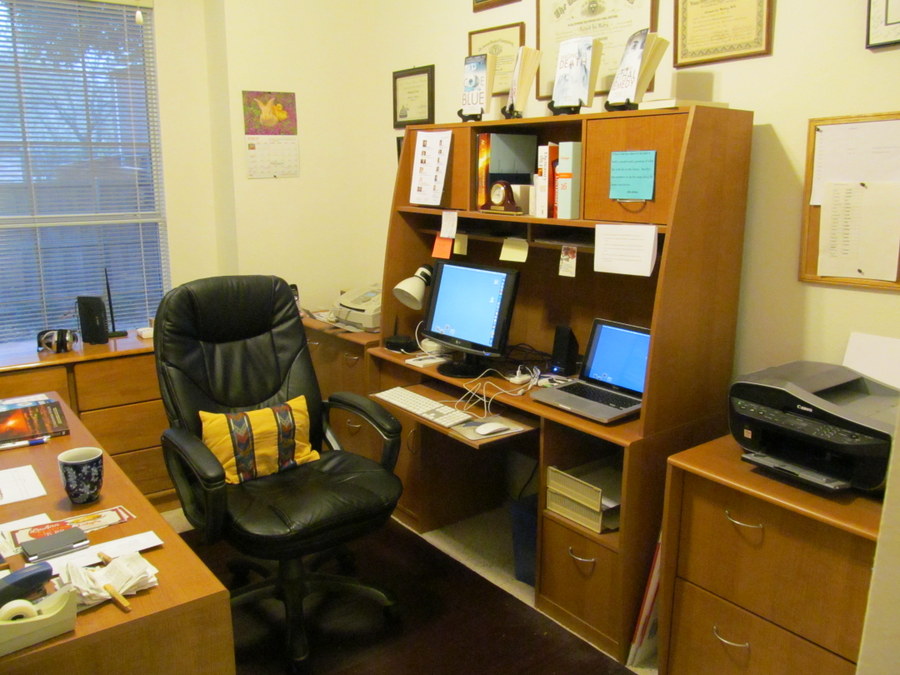 My crowded (I prefer the term “cozy”) writing area, where with a simple twist of my chair I can move from desk to computer. I use a laptop attached to a monitor and keyboard, so if I have to leave home I can simply unhook, drop the laptop in a carrier bag, and work while I get the car serviced or whatever else comes up. (Jim Bell calls this “snatching time to write.”)

Get a sneak peek at where @RichardMabry’s novels take shape (cc @TriciaGoyer):

A retired physician, Dr. Richard Mabry is the author of seven critically acclaimed novels of medical suspense. His previous works have been finalists for the Carol Award and Romantic Times Reader’s Choice Award, and have won the Selah Award. He is a past Vice-President of American Christian Fiction Writers and a member of the International Thriller Writers. He and his wife live in North Texas. Find out more about Richard at his website.

About Critical Condition and a Giveaway

It began as a quiet dinner party honoring Dr. Shannon Frasier’s colleague, but became a nightmare when a man was shot on her lawn, reviving emotions from a similar episode a decade ago. Then a midnight call from her sister, Megan, causes Shannon to fear that her sister is on drugs again.

Her “almost-fiancé” Dr. Mark Gilbert’s support only adds to Shannon’s feelings of guilt, since she can’t bring herself to fully commit to him. She turns for help to her pastor-father, only to learn that he’s just been diagnosed with leukemia.

Shannon thought it couldn’t get any worse. Then the late-night, threatening phone calls begin, the rough voice asking, “What did he say before he died?”

With everything around her in a critical state, simply staying alive will require all the resources and focus Shannon has.

Critical Condition is available here or from your favorite bookstore.