You are here: Home / books / The Stories I Had to Tell 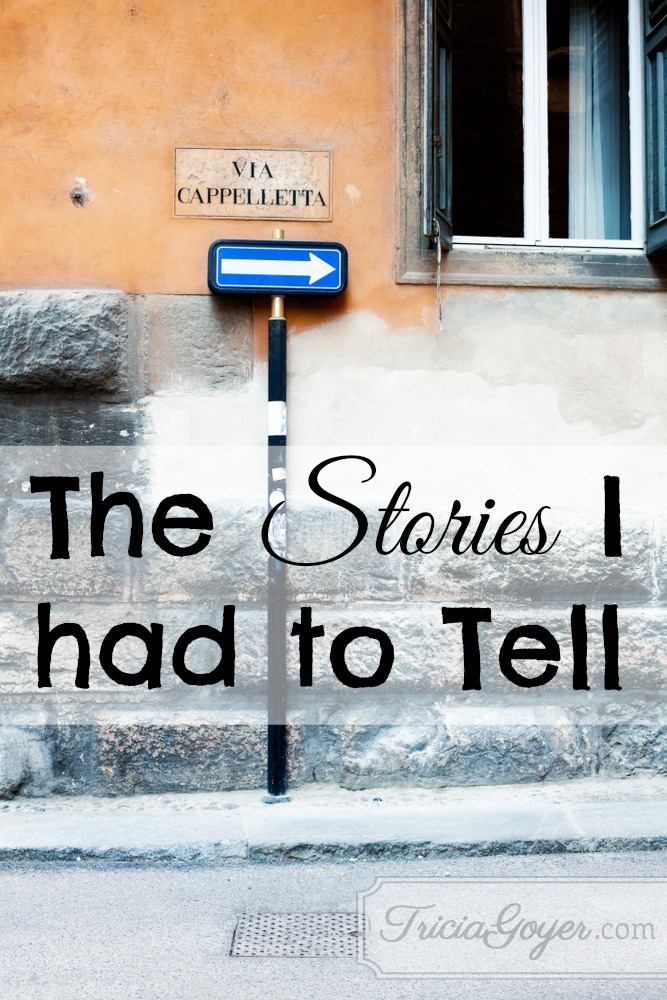 Voices quieted. Eyes lowered. Hands trembled as the two veterans revisited the place that was never far from their thoughts.

I never thought twice about World War II. A stay-at-home mom, I enjoyed writing about parenting. With three kids under ten, I had plenty to write about.

Then came the trip to Europe with two friends. They were both novelists, researching for works-in-progress. And myself . . . I was still coming to terms with my grandfather’s death from cancer. When we knew there was no use in Grandpa fighting any longer, I brought him home and cared for him for four months. After juggling hospice visits, housecleaning, and kids’ homework, a relaxing time with friends was just what I needed.

To be honest, when my fellow travelers told me the final research stop was Mauthausen concentration camp in Austria, it was the last thing I wanted to do. Why not stop by a museum in Vienna or attend a Mozart concert in the park? I’d witnessed death firsthand. I didn’t need to hear about atrocities that took place decades ago.

But instead of giving us a tour of the camp, Martha—the historian—invited us into her home. She served us tea and biscuits. And then she started telling us stories.

“Near the end of the war, there was much confusion.” Martha’s thin hands spread jam on the flaky roll. “German guards knew both the Americans and Russians neared. Many officers fled. Of course, the approaching Americans had no idea what awaited them. Twenty-three GIs on reconnaissance came upon a camp filled with thin, skeletal men and women. They opened the gates, and 25,000 prisoners were liberated.”

I thought about my grandfather. During his last days we’d discussed many things. He told me about growing up in Kansas with ten brothers and sisters during the Great Depression. He told me about moving to California during the Dust Bowl. He’d mention the war—only briefly—but I noted the pain in his eyes and quickly changed the subject. Yet as I sat listening to Martha I wondered about those twenty-three men. Did they still live? Did horrific memories plague them? Did they realize that even after all these years a historian still shared their story?

Have you taken time to listen to the #stories around you? @TriciaGoyer

My tea grew cold as I listened. Martha continued, telling us about the first person into the camp.

“She was a Nazi officer’s wife. She didn’t like what was happening. Her husband had fled and as soon as the gates were open she took her two children into the camp and fed and cared for the prisoners. To this day the survivors still speak of her beauty and her tender care.”

We left Martha’s home that day and my heart was full. It wasn’t rest I had needed, but a new passion. More than anything I wanted to write this amazing story.

When I arrived home, I contacted the 11th Armored Division and asked if any of the men were still alive. A short list of names and addresses was sent to me. Excitement, mixed with wonder, surged through me as I wrote them each a note. Would these men share their stories?

The first response arrived in my mailbox less than a week later. Not only did LeRoy wish to talk to me, he invited me to the 59th reunion of the 11th Armored Division, stating that many of the men were eager to talk to me.

I asked a friend to join me, and together we flew across the country. I assumed it would take a few days for the men to warm up to me. I never expected the line of men waiting to talk to me, photos in hand, when I arrived.

The first two men I talked to where Charlie and Arthur. They’d been friends during the war, and sixty years later they still finished each other’s sentences. They laughed as they shared their antics, like the time Charlie’s boots accidentally got “baked” in the oven. And then they spoke of the camps.

Voices quieted. Eyes lowered. Hands trembled as the two veterans revisited the place that was never far from their thoughts. Other veterans shared their personal experiences, and although they were old men, I saw the look of young heroes in their gazes.

I took the many, many recorded stories and used them as the inspiration for my first novel, From Dust and Ashes. After four years in print, it still sells well and has been translated to Dutch and German.

From that first reunion, I heard other stories too. One man’s story about an orchestra of camp prisoners at Mauthausen resulted in my novel Night Song. Another about a man’s experiences in the Bataan Death March, led to Dawn of a Thousand Nights. And while I loved writing the novels, even more meaningful were the amazing relationships with dozens of men—many, many grandpas.

A dozen or so veterans still write and email. Many more have passed away. Yet, it warms my heart to know they died knowing their stories would live on.

Doing a little #listening might inspire your life! @TriciaGoyer

Even today I received a letter from my veteran friend LeRoy. He wrote to tell me about his recent stroke and about a special women he still corresponds with. You see, another amazing thing that resulted from my first novel was the two people I was able to connect: Hana—an infant born inside the concentration camp—and the medic who saved her life.

Hana had read my novel, and she asked about the men I interviewed. She told me about one special medic, and I was able to give her the name and number of the medic I interviewed. It just so happened that LeRoy was the man who saved her life!

Survivor and liberator were reunited after all these years because I was willing to listen, to embrace, to care, and to share. The experiences of heroes will live on. A new generation of readers are now discovering little-known stories from World War II. And my life story will never be the same.

Looking for a Christmas present to give to a reader this holiday season? Why not give a copy of Chasing Mona Lisa?

Did this post speak to you? Check out one of these similar posts: