In the last few years as more of my books have hit the store shelves and I’m invited to participate in more speaking engagements, I’m often asked to share my “secret” of this success. I’ll do this by sharing my story of how God chose to use me. 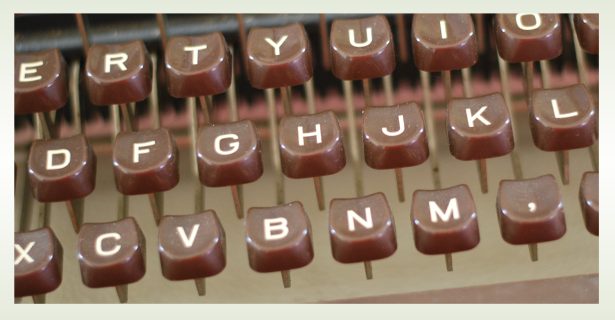 In 1999, I was twenty-eight years old and had already published over one hundred articles for national publications. I’d also been contracted to work on two book projects for well-known publishers. Still, I felt far from successful. For five years I’d labored full-time on my own book projects with no luck. My agent didn’t understand, “These are excellent proposals,” she said. “I don’t understand why they’re not being snatched up.”

I just have to try harder, write more, I thought. It didn’t help.

First, my grandfather was diagnosed with cancer. I invited him into our home. Between doctor’s appointments, hospice visits, taking care of my husband and three children, there was little time to pen prose. My grandfather passed away after only four months, but inside I was changed. It was as if my heart had been rubbed raw with sandpaper. My eyes were opened to pain, and I had a new appreciation for helping those in need.

Lord, what do you want me to write? I prayed.

A few months after my grandfather’s death, my pastor and two women in the church approached me about starting a Crisis Pregnancy Center. (There wasn’t one for hundreds of miles.) I didn’t want to do it, but I told my pastor I’d pray about it.

The next morning I did pray. I told God. “Lord, I can’t help with this center. I’m a writer and my articles are helping people around the country.”

His response was, “Well, what about the people in your own community? What are you going to do to help them?” Ouch.

Obviously this was something God was doing, so I joined him.

Soon, I was using my writing and organizational skills to create community newsletters, and to write radio commercials and grants. In one year, we had a huge center (given to us for free rent), forty volunteers, and we were reaching hundreds of women. We even received a $13,000 grant to teach abstinence education in the schools! At night I often felt drained by the number of young women who needed assistance–who needed hope–yet, I also felt a renewed sense of satisfaction. Obviously God was at work. I was glad I’d joined him.

After that, I started getting new writing assignments. I started writing about pregnancy centers, forgiveness after abortion, and other related issues.

When our center was two years old, we hired a director who oversaw everything. I focused my time on working with the young moms. We had helped these young moms make a decision for life, now we needed to help them with their parenting. I started a support group for young moms called Teen MOPS. It’s part of the bigger MOPS (Mothers of Preschoolers) organization. While working with these young moms, I tried to find Christian resources just for them. I couldn’t find any! So I worked on a proposal, registered for the MOPS convention, and my agent set it up for me to meet with a few MOPS editors while I was there.

That first convention in 2002, I attended alone. I remember sitting among 3,500 women and saying, “One of these days I want to be on that stage talking about Teen MOPS.” In 2003, I had a contract for Life Interrupted: The Scoop on Being a Teen Mom. I’d also brought six other women, three mentors and three teen moms with me, and I was invited to speak in front of those 3,500, telling them about support for teen moms! This book was published June 2004.

Obviously God was at work. I’m just so glad I joined Him! But that’s not all God was up to…

A year after I helped launch Hope Pregnancy Center, I was invited to take a trip to Europe with my two writing friends. One day, after visiting Mauthausen Concentration Camp in Austria, the true events of WWII inspired a new novel idea. At home I had six fiction proposals on my hard drive-one of which had made it as far as committee. I couldn’t get those books published and this new idea would be even harder to write. I didn’t think I could pull it off.

After arriving home, I poured the story onto the paper, writing from the perspective of a Nazi wife forced to witness the horrors of a death camp, yet powerless to do anything about it. The story was different from than anything I’d written before. It was so much deeper, heartwrenching. It expressed a young woman’s helplessness and pain–things I’d recently learned about on deeper levels.

I started researching and contacting WWII veterans who’d liberated the death camp. They invited me to their reunion and excitedly poured out their stories to me. I felt like God had given me dozens of grandpas!

Within nine months, my agent called. I had a contract for my first novel, From Dust and Ashes (Moody Publishing). It was released January 2003 and has done well. My next WWII novel, Night Song (Moody Publishing), was released September 2004, and several more have followed. The WWII veterans are my biggest fans, and I’ve been able to share the good news of Jesus’ salvation with these men as they buy my Christian novel for themselves, their families, and their friends too! Some of the men have passed away since I’ve interviewed them, but I know they heard the good news of Jesus before they died!

Before Experiencing God, whenever I attended a writer’s conference, I tried to see what the editors needed and then I attempted to craft a novel that fit that niche. None of them sold. But when God opened my eyes to a story–one I thought would be too hard for me to write, watch out. He opened doors I didn’t think were possible. And He showed me with Him ALL things are possible.

I don’t think these successes are a coincidence. For years as freelancer I thought I was doing it all right. I followed the formulas and kept “pounding out the words.” And although those words sounded good on paper, something more was needed before they became alive on the page.

God knew for me that something more was to experience “God at work” with those hurting and in need. It was only then that I had something worthy to share. My sandpapered heart now bleeds onto the page, and I’m able to connect in a new way with readers who often find themselves helpless, hurting, and in need of hope.

I tell people that “since I took care of God’s business (the pregnancy center), He took care of mine (the writing).” Actually, our businesses have merged! And to top that, my agent called one day a few years ago to tell me she’d sold a children’s book that I’d written in 1998. She’d started sending it out again without my knowledge! 10 Minutes to Showtime was released September 2004. I don’t know how to explain that except as a gift from God.

I guess that all this wordiness is just to say: “See what God’s doing and join Him.” Pick up a copy of the Experiencing God Workbook.

I’ve come to learn that it’s not about writing or publishing. It’s about God’s desire to reach people for Him. I’m just thrilled He’s let me be part of the process!

Resources for Writers from Tricia Goyer

1.)  Check out my blog every Wednesday for tips on writing

4.)  And join The Writers View group

The Christian Writer’s Market Guide by Jerry B. Jenkins

The Making of a Christian Best Seller by Ann Byle

Book in a Month: The Fool-Proof System for Writing a Novel in 30 Days by Victoria Lynn Schmidt

The First Five Pages: A Writer’s Guide to Staying Out of the Rejection Pile by Noah Lukeman

The Plot Thickens: 8 Ways to Bring Fiction to Life by Noah Lukeman

A Story is a Promise by Bill Johnson

The 11 Secrets of Getting Published by Mary DeMuth

The Art & Craft of Writing Christian Fiction by Jeff Gerke

6.) Finally, something I highly recommend, you can order Mount Hermon Writing Conference Workshops on CD