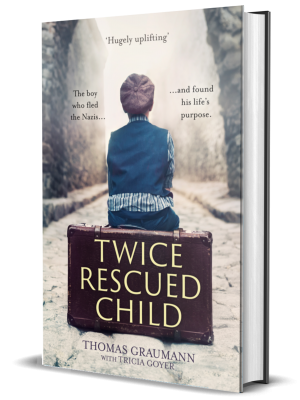 Moving and inspiring! Twice-Rescued Child shows how one person’s actions can ripple through time.’ – Sarah Sundin, author, The Sea Before Us

In 1939, as Nazi flags waved over the cobbled streets of Prague, Thomas Graumann excitedly boarded a train. ‘Go to Britain, learn English. When the Germans leave, you can come home,’ his mother assured her eight-year-old son.

That was the last he would see of his mother and most of his Jewish family, who died in concentration camps. This was Thomas’s first rescue, aboard what became known as the Kindertransport.

One year later, a dedicated evangelist in a Scottish village shared a different type of salvation. Thomas dedicated his life to God, training as a nurse before setting out for missionary service in the Philippines. Yet when hardship struck, Thomas found himself in the States with an unmet longing to reach the world. Was his story over?

After the fall of Communism, he returned to the Czech Republic, speaking joyfully to young people of his rescue – not once, but twice – and of his great and faithful God.

To save on a desktop, right click and select Save Image. To save on mobile, press and hold on the image and save to your device 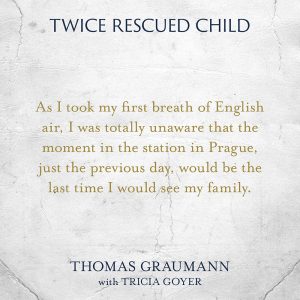 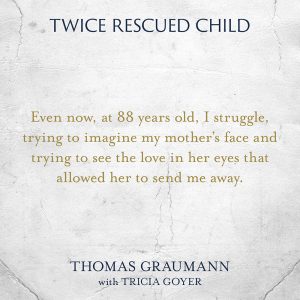 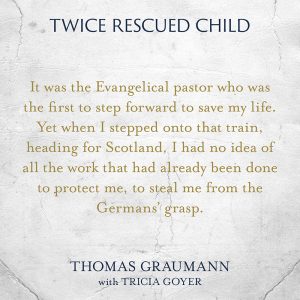 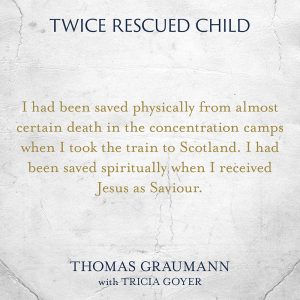 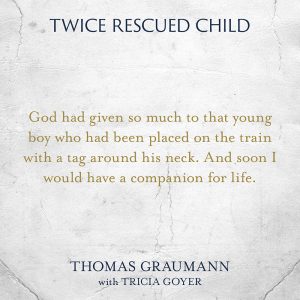 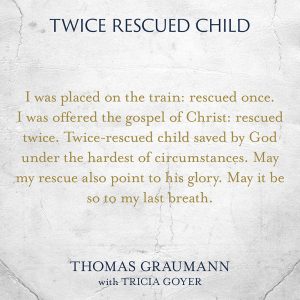 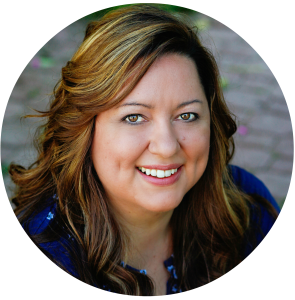 Tricia is a popular conference speaker. She has spoken at events such as MomCon, Raising Generations, and Teach Them Diligently conferences and been interviewed by numerous national TV and radio programs and magazines. Her podcast, Walk It Out, can be found on iTunes or downloaded on any podcasting app. Whether through writing, blogging, speaking or podcast, Tricia loves sharing messages of inspiration and hope.

A homeschooling mom of ten, including seven by adoption, Tricia is also a grandmother of four and wife to John. With a busy life she understands the importance of making every word count.