You are here: Home / Podcast / Walk It Out #117: Walking Out Hope for the Congo with Diana Waring 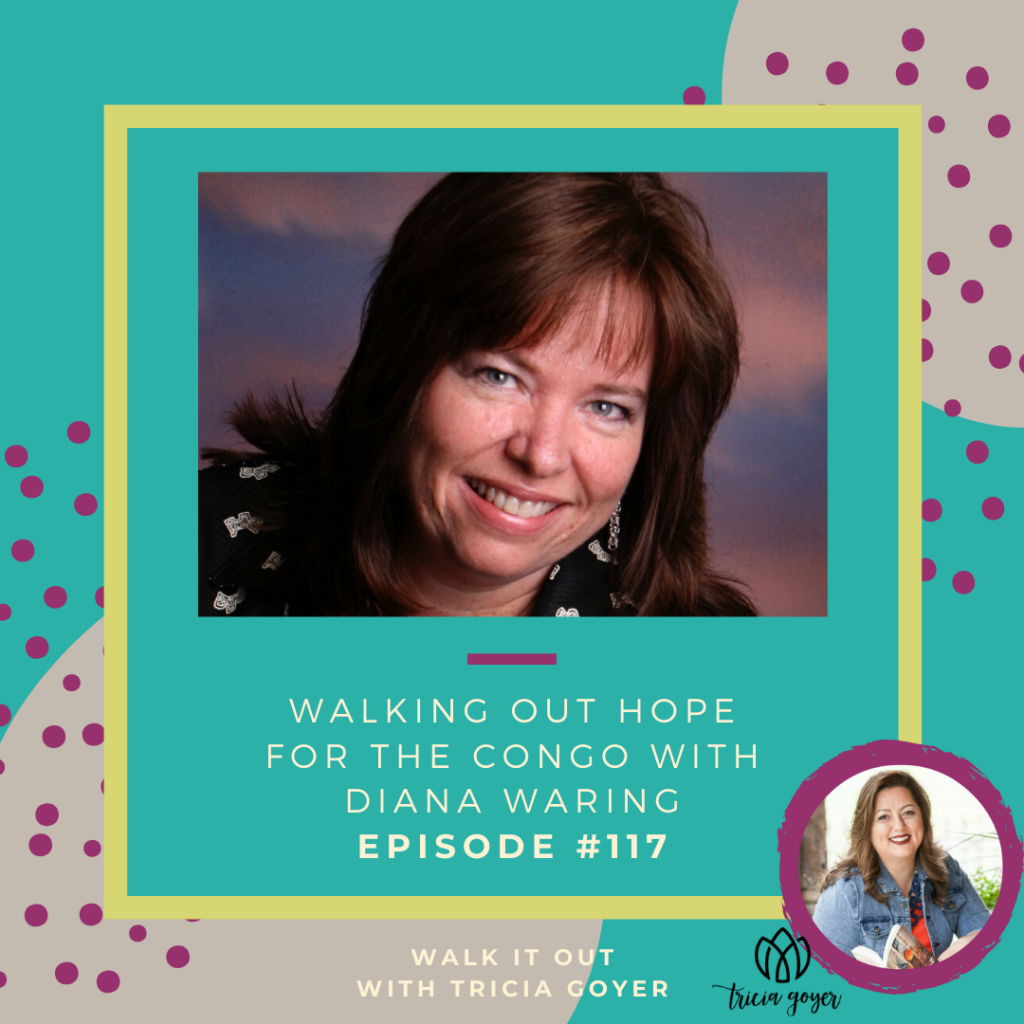 Walking Out Hope for the Congo with Diana Waring

Click the graphic above to donate to the Africa Relief Fund.

Friend, you’re not going to believe this story. When Diana Waring reached out to me I KNEW I had to have her as a guest on my show. We bumped up this episode because EACH OF US can make a difference. There is a people group who is facing genocide. Your prayers can change everything! 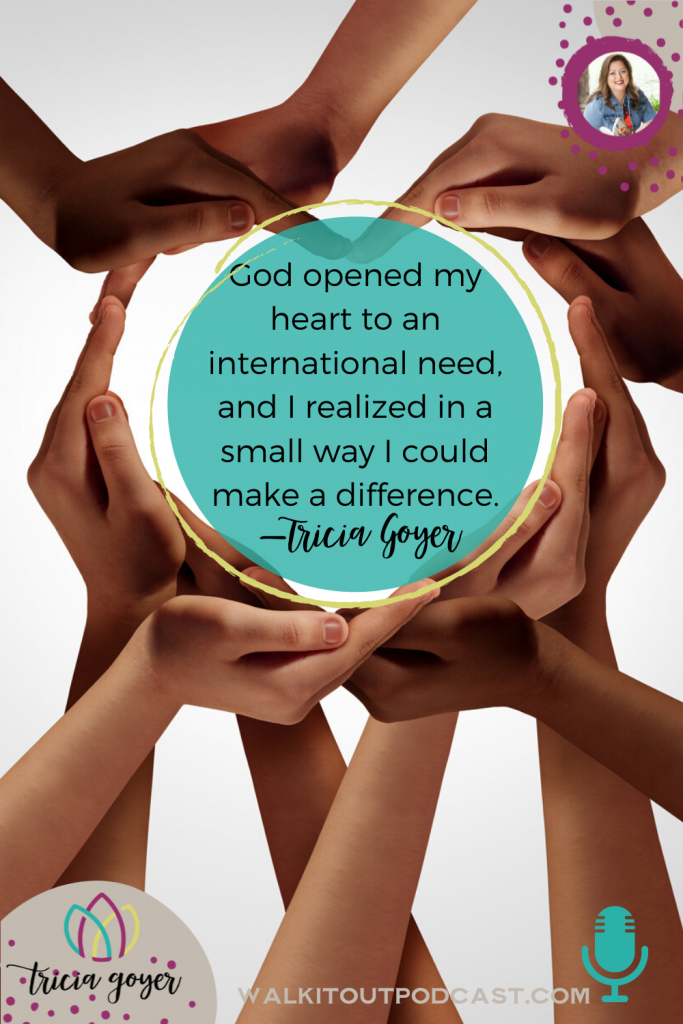 But first, I want to share a little about “the story before the story”:

The first time I traveled internationally, I was tagging along on a research trip with two writer friends. It was a trip of a lifetime as we traveled through six European countries in seven days. I had a blast seeing famous sights and trying new foods, not having a care in the world. Then reality hit as we were driving from the Czech Republic to Austria. On a dreary, rainy day in May, a young woman stood alongside the roadway, shivering under an umbrella.

My friend Anne explained, “She’s a prostitute. Prostitution is legal in the Czech Republic so Austrian men come across the border and they go into the woods.” Then I saw another young woman and another. Reality shattered my heart, and I dropped my head in shame. I’d been happy to do all the touristy things without a thought of the hurting, needy people of this post-Communist country. I prayed for the young women as we passed. I wanted them to know God was for them. I wanted them to have hope and to find freedom. But what could I do? I was just a young mom with little kids who’d be heading back to the US the next day. As someone with a painful and broken past I wanted to rescue them, but how? I felt powerless to do so. 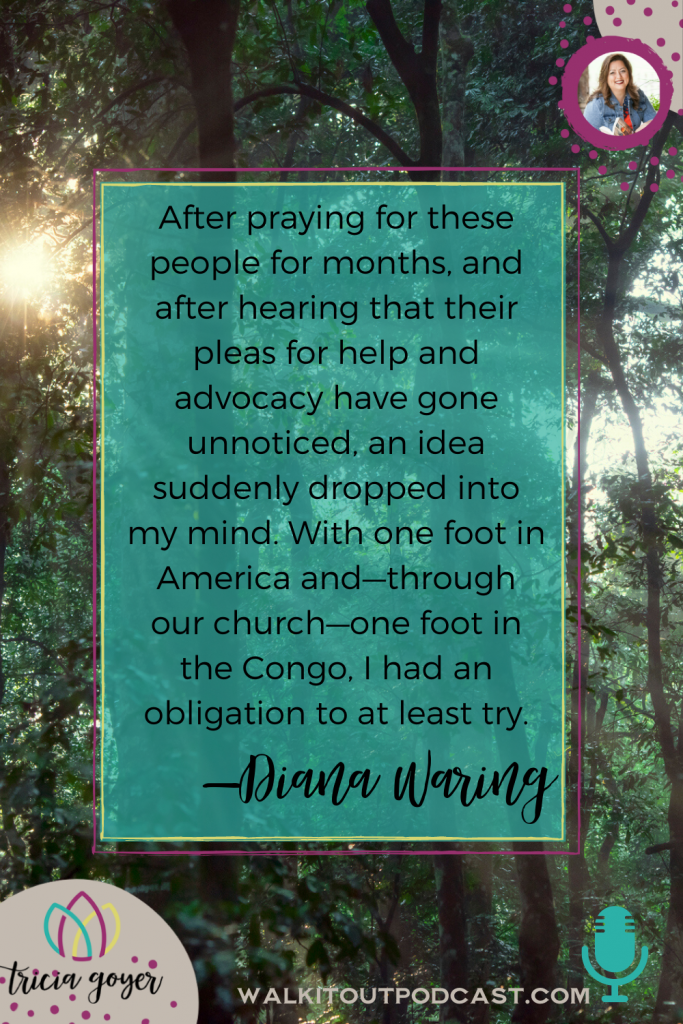 Yet, with God, I’ve learned there is no such thing as POWERLESS. From that experience, God opened my heart and allowed me to lead four mission trips to the Czech Republic. He also opened my daughter’s heart, and Leslie been a missionary there for seven years. ONLY GOD!

God opened my heart to an international need, and I realized in a small way I could make a difference. I wrote about God expanding my heart to international needs and diverse congregations in my book Walk It Out, and in an amazing way, God used my story to impact Diana’s. This episode is going to blow you away! 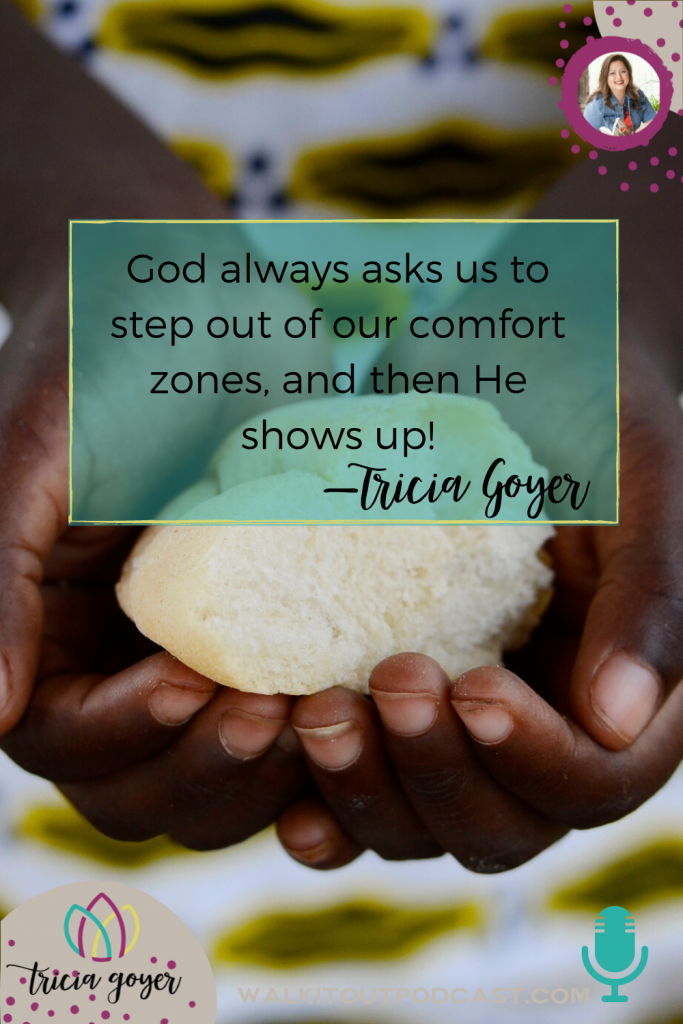 Who is Diana Waring?

Diana Waring is one of the pioneers of homeschooling. For nearly three decades she has been an author and speaker to the international homeschool movement. In addition to writing and speaking, Diana is also a teacher, video blogger, blogger, occasional columnist for The Homeschool Minute, composer, wife, and homeschool mom.

Happily married to her best friend from university days, Diana continues to expand her accomplishments, including researching and writing (and recording!) an American history curriculum.

About LifeWay Church and the Genocide in the Congo:

LifeWay Indianapolis Free Methodist Church is a fellowship of born again, spirit-filled believers and followers of Jesus Christ, established on June 2, 2019 by African Immigrants in the United States.

For some of us, the journey began years ago with wars (even genocide) that forced many of us into fleeing our communities, losing everything we owned (including the lives of family members and friends), traveling hundreds of miles on foot, crossing international borders and becoming refugees in camps in foreign countries. Some of us have lived and suffered in refugee camps for decades. 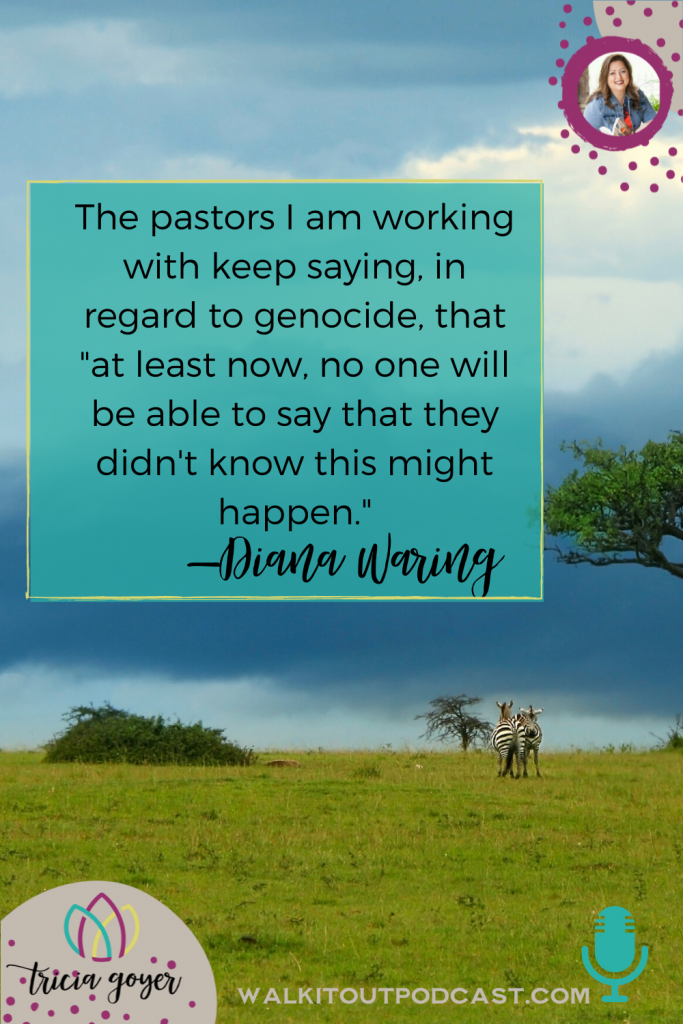 Some in our Church came to the United States under “Refugee Resettlement” programs; some of us came as individuals seeking asylum; others of us submitted formal immigration applications and waited in line for many years until, in proper order, our names were called… (for a few, even US military service became part of the journey for citizenship).

Upon arrival in the US, most of us landed in different cities across America.

It was through a mighty move of God in activating longstanding relationships and networks and through the leadership of Rev. Isaac Bujambi and African Missionary Bishop Emeritus Gerald Bates, that an African Free Methodist movement toward Indianapolis began. African families and friends relocated from many different cities across America (others are still moving and yet others making their plans to move). Relationships were rekindled – some of us knew each other many years before being scattered across Africa because of war and very difficult realities. As African immigrants in America, we met and made new friendships with African immigrants from other parts of Africa. We discovered new friends in Indianapolis who originated from our own countries in Africa. We also made many new Hoosier friends and friends from different cultures and parts of the world. There were those who helped us and became part of our new lives in Indianapolis (public school teachers – teaching our kids in school; social/caseworkers helping us with translation, getting our driver’s licenses…; medical/health workers; people we worked with in different jobs…). 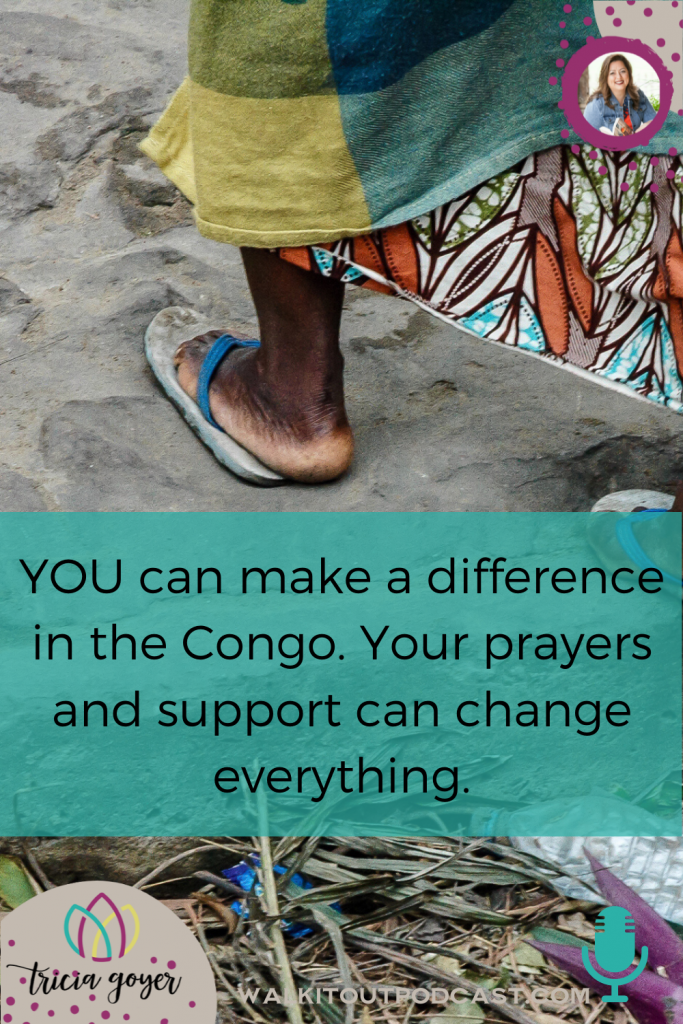 From our multinational, multicultural, multi-tribal, multi-linguistic African experience, joining together and starting a Free Methodist Church in Indianapolis for every race and culture, for all and any new friends and people who would become part of us… well, it just made perfect sense. So, with God’s blessing and favor – we did. We are the LifeWay Indianapolis Free Methodist Church.

Indeed, we have an African flavor. However, that does not define us as Christians. We are better defined as the “One New People” of Ephesians 2, at home in our “House of Prayer for ALL Nations” just as Jesus expressed it. Come, JOIN us as we reach out to the City of Indianapolis – with all of its diversity and needs.

Click here to learn more about genocide in the Congo

Speak up for those who cannot speak for themselves, for the rights of all who are destitute. Speak up and judge fairly; defend the rights of the poor and needy. Proverbs 31:8-9 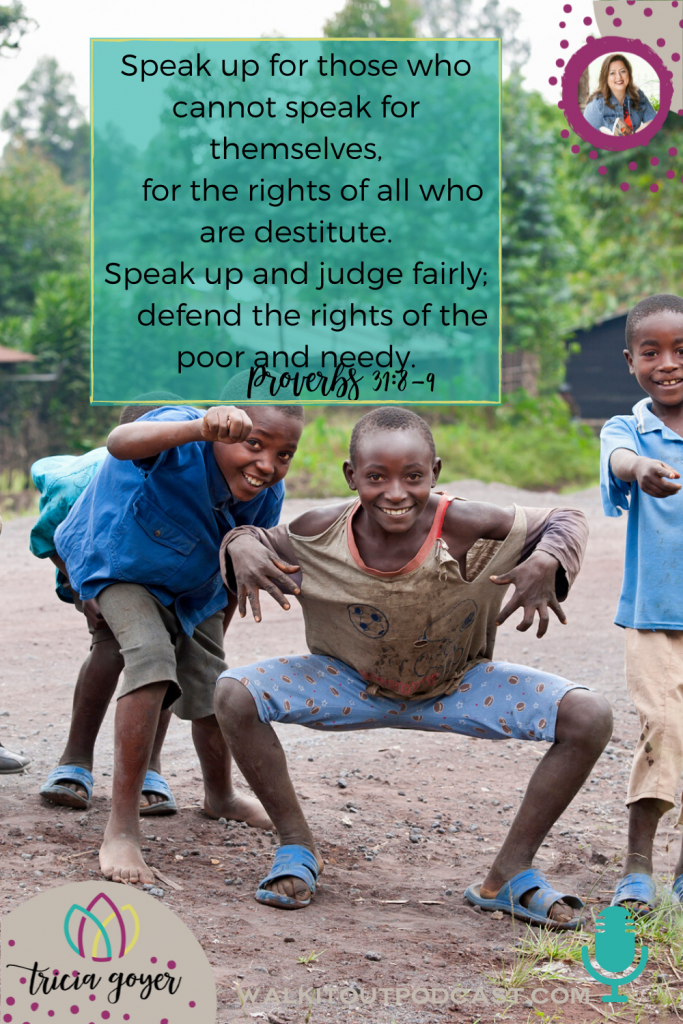