You are here: Home / Podcast / Walk it Out #118: Love without Borders with Angela Braniff 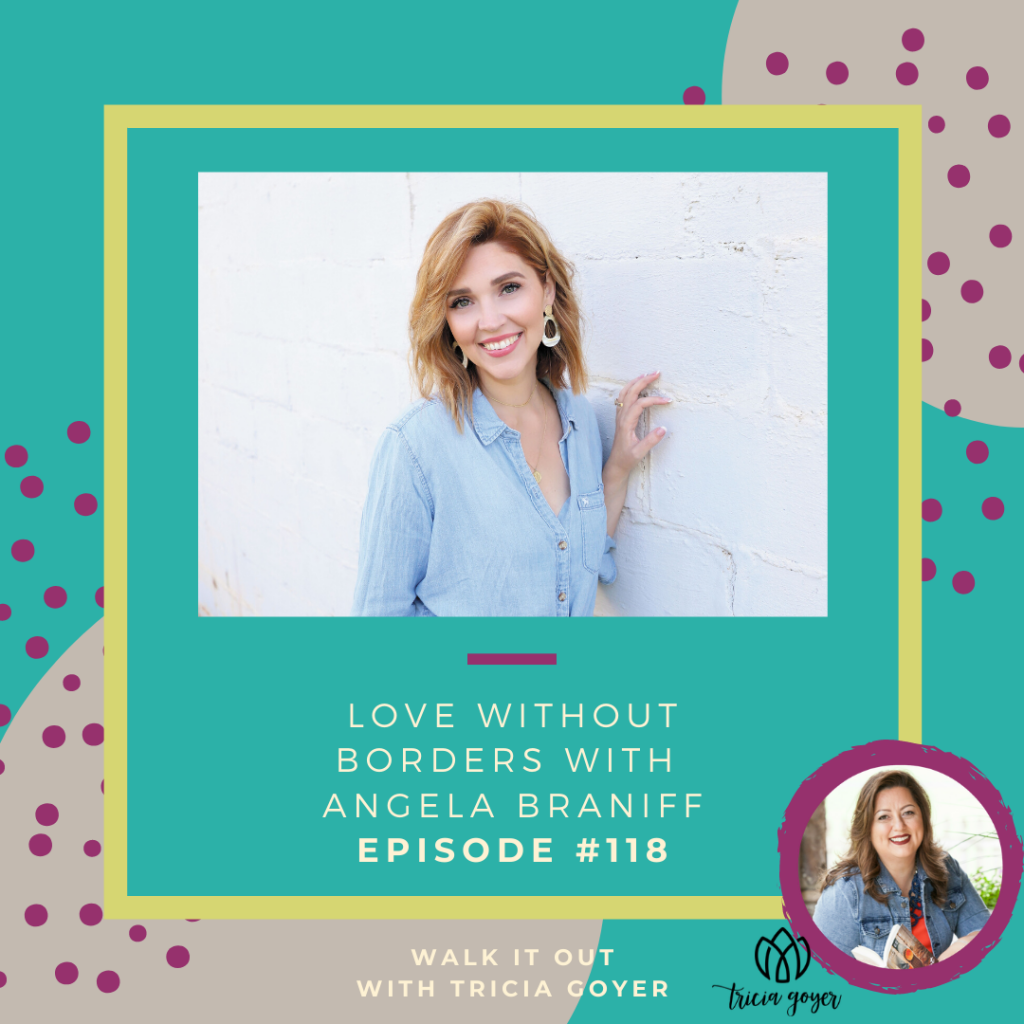 Love without Borders with Angela Braniff

I’m so excited to share my interview with Angela Braniff, author of the new book Love without Borders.

There are those people who know from an early age that they will grow up and adopt children. As wonderful as that is, adoption wasn’t on my radar until I was a mom of three school-aged kids, and I heard about so many orphans in need of homes. It was then that I thought, “Maybe we can open our home to one more.” For the Goyers, that “one more” became seven more. We have an extra full house, and I can’t imagine life any different. Even though they came to me in different ways—at different ages—these are my kids. I know God put them in our lives for a purpose—their purpose and mine. 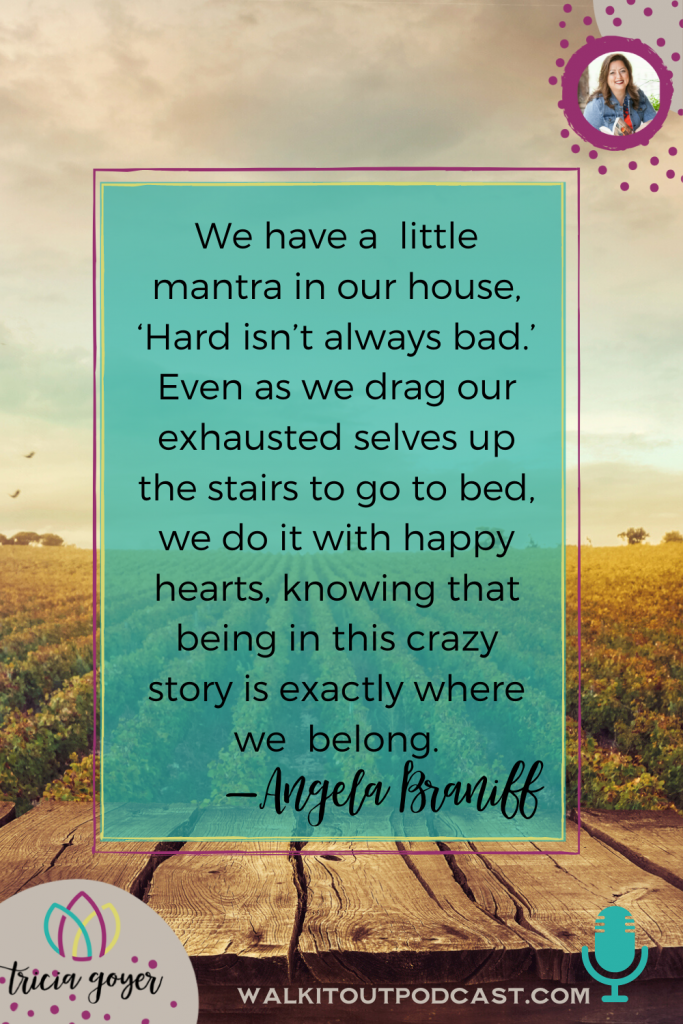 On today’s broadcast, we’re talking a lot about adoption. My guest has adopted six children. Two were international adoptions, two were from the states, and two were embryo adoptions. It just goes to show that God creates families in MANY ways! I know you’re going to love hearing Angela’s story. 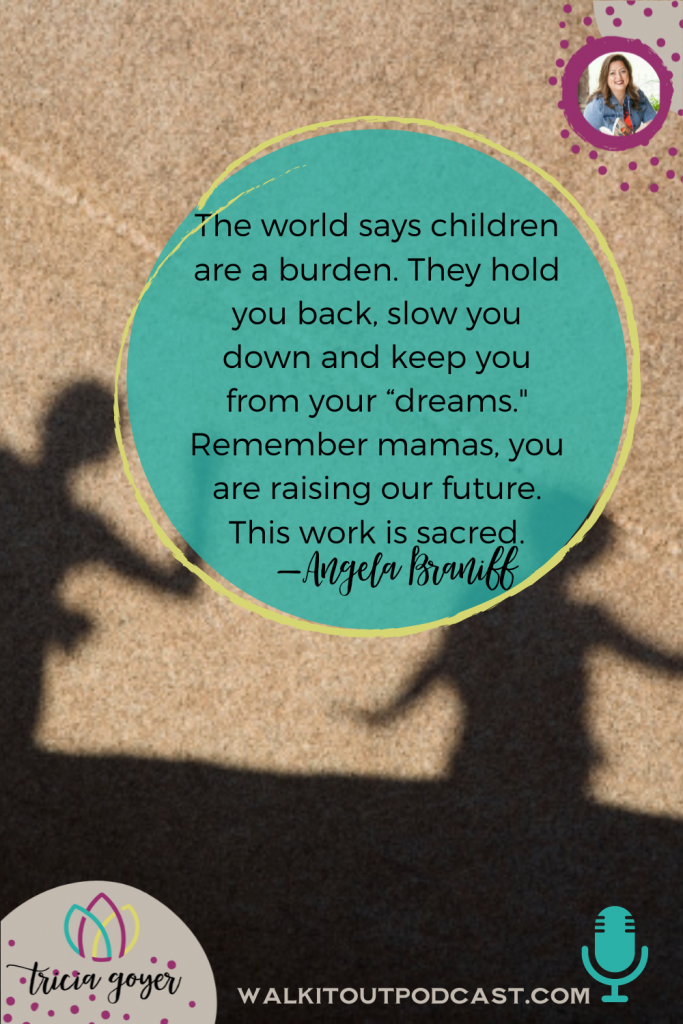 Who is Angela Braniff?

Angela Braniff is the founder of the popular YouTube channel, This Gathered Nest.  She is an adoption advocate, home school mom, content creator, podcast host, and adventure seeker. Angela is married to her high-school sweetheart and together they have a full house:  Kennedy (12) – their biological daughter, Shelby (10) – their 2nd biological daughter, Rosie (7) – adopted from China, Noah (7) – adopted from Congo, Jonah (5) – adopted domestically, and finally, Ivy + Amelia (18-month old twins) – adopted as embryos—Angela gave birth to them! Adding to their family of seven kids, after the book was finished, Angela and CR welcomed their eighth child, Benjamin, through adoption. Angela lives in North Carolina and has been featured in People, Today, UPTV, BuzzFeed, etc. 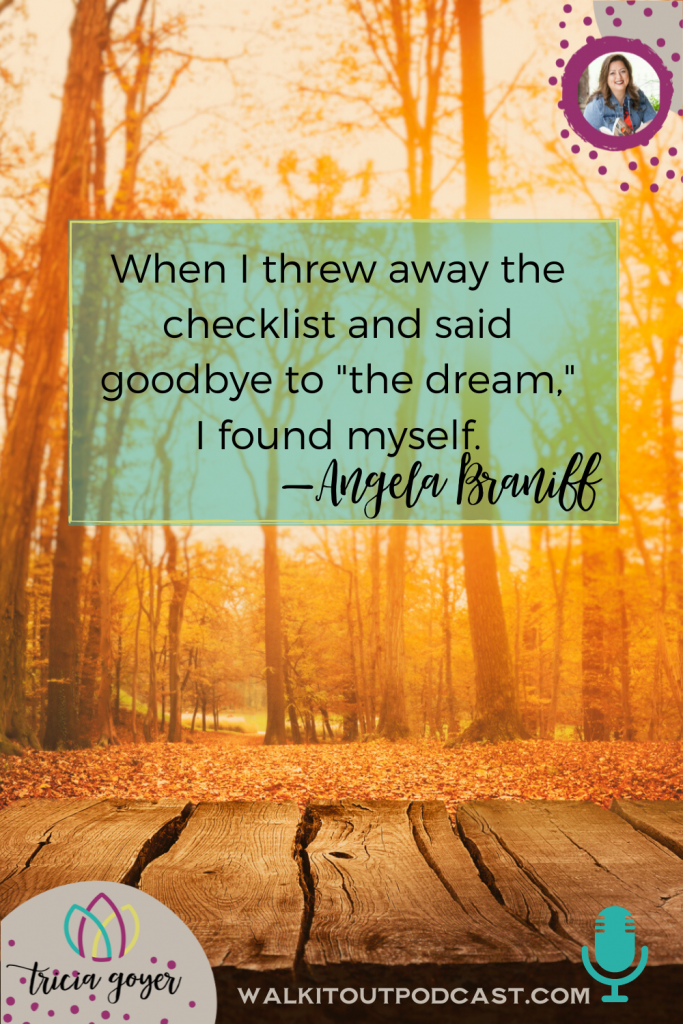 You can order Love without Borders HERE. 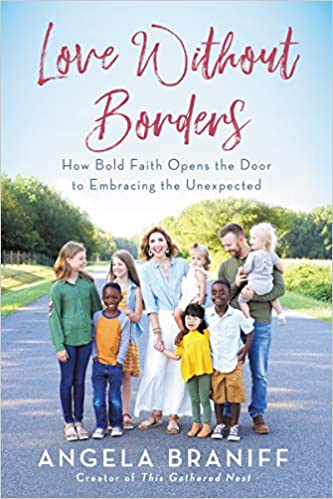 From the founder of This Gathered Nest YouTube channel, an uplifting story of Angela Braniff’s unusual path to becoming the mother to seven children through various methods of adoption and biological approaches, encouraging women and mothers to embrace the unique purpose that God has put in their lives.

Angela’s love for life and her family radiates through everything she does. The Braniff household includes their two biological daughters, Kennedy, 12, and Shelby 10; Rosie, 7, who was adopted from China with Down syndrome; Noah, 7, adopted from Congo; Jonah 5, adopted domestically; and finally, Ivy and Amelia, their one-year-old twins who were adopted as embryos, and implanted in Angela, who gave birth to them. In fact, after the book was finished, they joyfully welcomed a new baby into their home, Benjamin, through adoption, making them now a family of ten!

Love Without Borders shares Angela’s relatable, humorous, and honest view of motherhood. Angela chronicles her journey to discover God’s purpose for her life. For years she walked the safe, expected path, until one day she could feel God calling her to boldly step out and follow him into new places, which led her to raise a large, non-traditional family that looked different than she ever imagined.

It was a winding path to motherhood, complete with heartbreak from failed adoptions, challenging pregnancies, and secondary infertility, but through it all Angela found the unique adventure God had for her. She has shared her family’s stories on her popular YouTube channel, This Gathered Nest, and now invites us in to go deeper and listen to where God might be calling us to go and who we’ve been tasked with loving, no matter how unusual (or just plain crazy) it may sound! The beauty of God’s plan is he uses imperfect people to bring about perfectly beautiful stories. 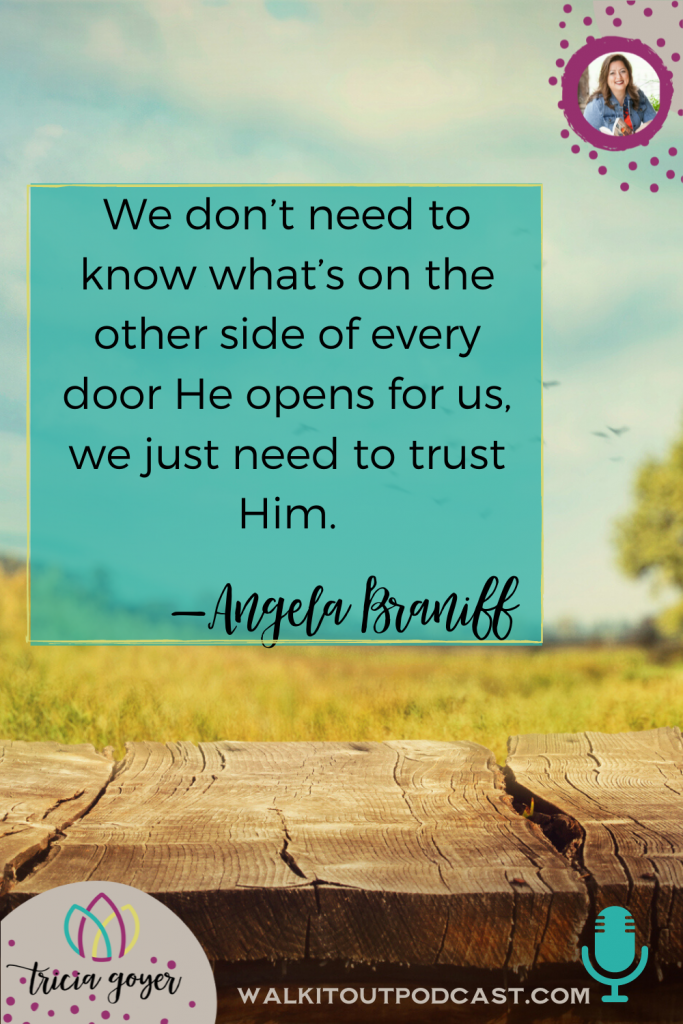 “Religion that is pure and undefiled before God, the Father, is this: to visit orphans and widows in their affliction, and to keep oneself unstained from the world.” James 1:27 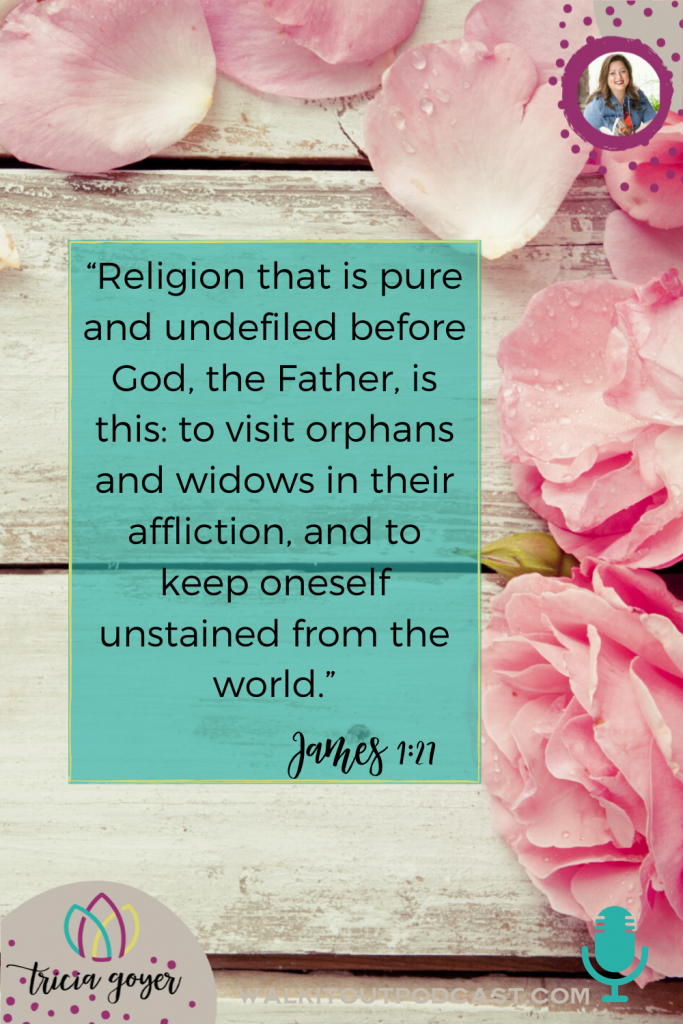 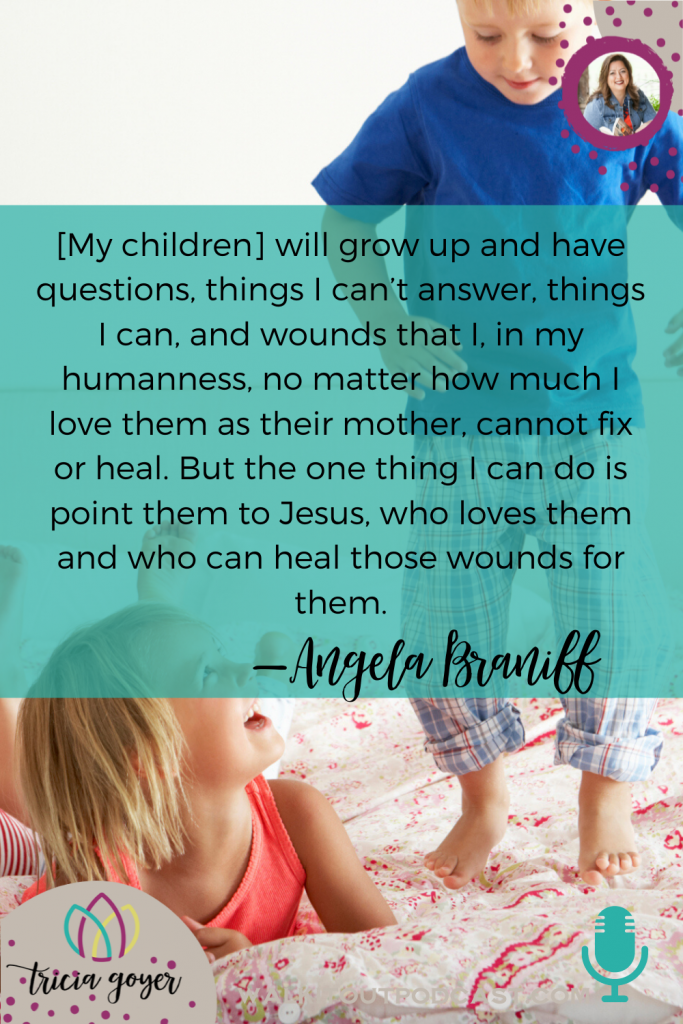