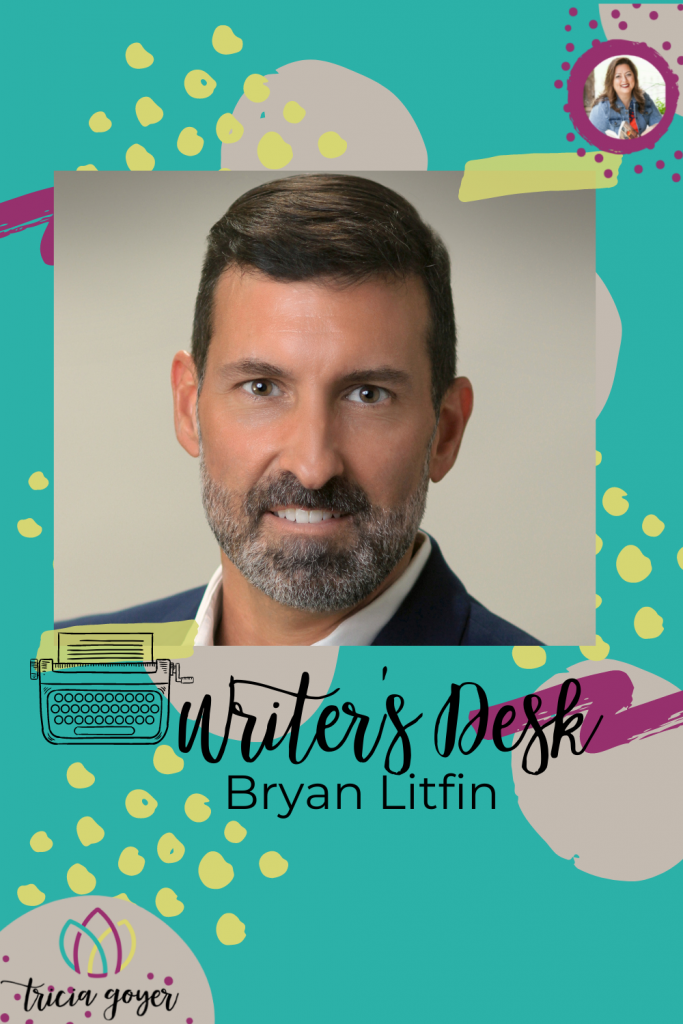 We’re so excited to have Bryan Litfin featured on this week’s writer’s desk. Bryan Litfin is the author of the Chiveis Trilogy, as well as several works of nonfiction, including Early Christian Martyr Stories, After Acts, and Getting to Know the Church Fathers. A former professor of theology at the Moody Bible Institute, Litfin earned his PhD in religious studies from the University of Virginia and his ThM in historical theology from Dallas Theological Seminary. He is currently a writer and editor at Moody Publishers. He and his wife have two adult children and live in Wheaton, Illinois. Be sure to stick around until the end of the post for more about his most recent release plus a chance to win a copy!

I write at all times … morning, noon, and night. Whenever I can find a block of time. Because writing is a joy, I want to use the available times that crop up to get back to my manuscript. For some authors, writing can turn into drudgery, but I haven’t hit that wall yet. I still love it! In terms of location, my quiet study is the only place I can do it. Coffee shops are too distracting! I like peace and quiet.

I’m a morning person. Sometimes, I wake up with ideas that hit me in the night, and the juices are really flowing. That’s when I do my best writing. The dawn hour when no one is awake is a great time to get to the keyboard.

Starbucks Doubleshot Espresso in a can

Through extensive planning. I might get “planner’s block” when I am coming up with the plot structure, but not writer’s block, because once I start writing, I already know how the scene needs to unfold. In order to stimulate my creative juices, I try to travel to the places that I’m writing about. That energizes me, and I come back full of ideas.

I’m a hardcore plotter. I don’t really understand how someone can sit down and start writing without an outline. Seems like a way to write yourself into a dead-end, or keep repeating yourself without noticing it, or write scenes that don’t have any purpose. So I create a very detailed plot document before I start writing. I begin with the macro pieces (three-act structure), then chapters, then scenes in each chapter. For each scene, I write notes about what needs to happen and what the characters should say and do. After I’m sure the whole narrative holds together, and every scene tips the domino of the next one . . . then I start writing. However, once I’m in that process, I don’t let myself get enslaved to the plot outline. If the characters go in a different direction (within the general boundaries), I let them go. That usually doesn’t change the macro structure but allows for some creative latitude. 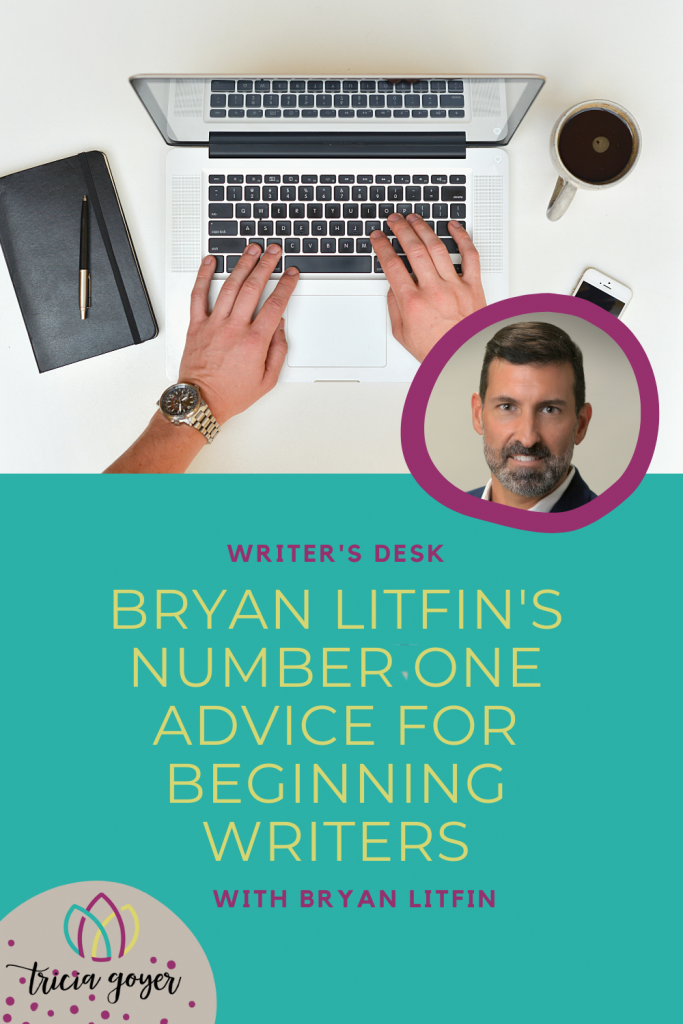 Have thick skin! The road to publication requires a lot of rejection. Just keep going. Don’t take it personally. The next publisher you approach might be looking for what you have to offer!

Quickfire questions — what are you currently:

Enter to win a copy of The Conqueror from Bryan*

More about The Conqueror: 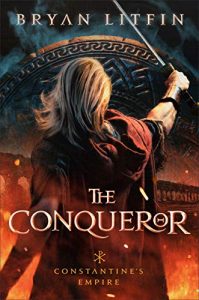 It is AD 312. Rome teeters on the brink of war. Constantine’s army is on the move. On the Rhine frontier, Brandulf Rex, a pagan Germanic barbarian, joins the Roman army as a spy and special forces operative. Down in Rome, Junia Flavia, the lovely and pious daughter of a nominally Christian senator, finds herself embroiled in anti-Christian politics as she works on behalf of the church.

As armies converge and forces beyond Rex’s and Flavia’s controls threaten to destroy everything they have worked for, these two people from different worlds will have to work together to bring down the evil Emperor Maxentius. But his villainous plans and devious henchmen are not easily overcome. Will the barbarian warrior and the senator’s daughter live to see the Empire bow the knee to Christ? Or will their part in the story of Constantine’s rise meet an untimely and brutal end?

Travel back to one of the most pivotal eras in history–a time when devotion to the pagan gods was fading and the Roman Empire was being conquered by the sign of the cross.