This summer while I was at Realm Makers, I mentioned that I wanted to interview all the award-winning authors from this year’s Realm Awards. I’m currently listening to The Story Raider, the second book in Lindsay A. Franklin’s Story Weaver Trilogy — which won this summer for best audiobook.

All my adult kids, along with my husband, are huge fantasy fans. I’m more of the one that wants to read historical fiction novels, however, novels like these have brought me over to their side!

A little more about this series: The Story Peddler, book one, introduces us to Tanwen, a girl who goes around with a mean, old lady and tells stories for money. However, Tanwen is special because the stories come out of her hands and weave themself into the characters from the stories!

I was instantly captivated by Lindsay’s world and I think you will be too!

Make sure you stick around to the end to see how you can enter to win a signed copy of all three books in the series! 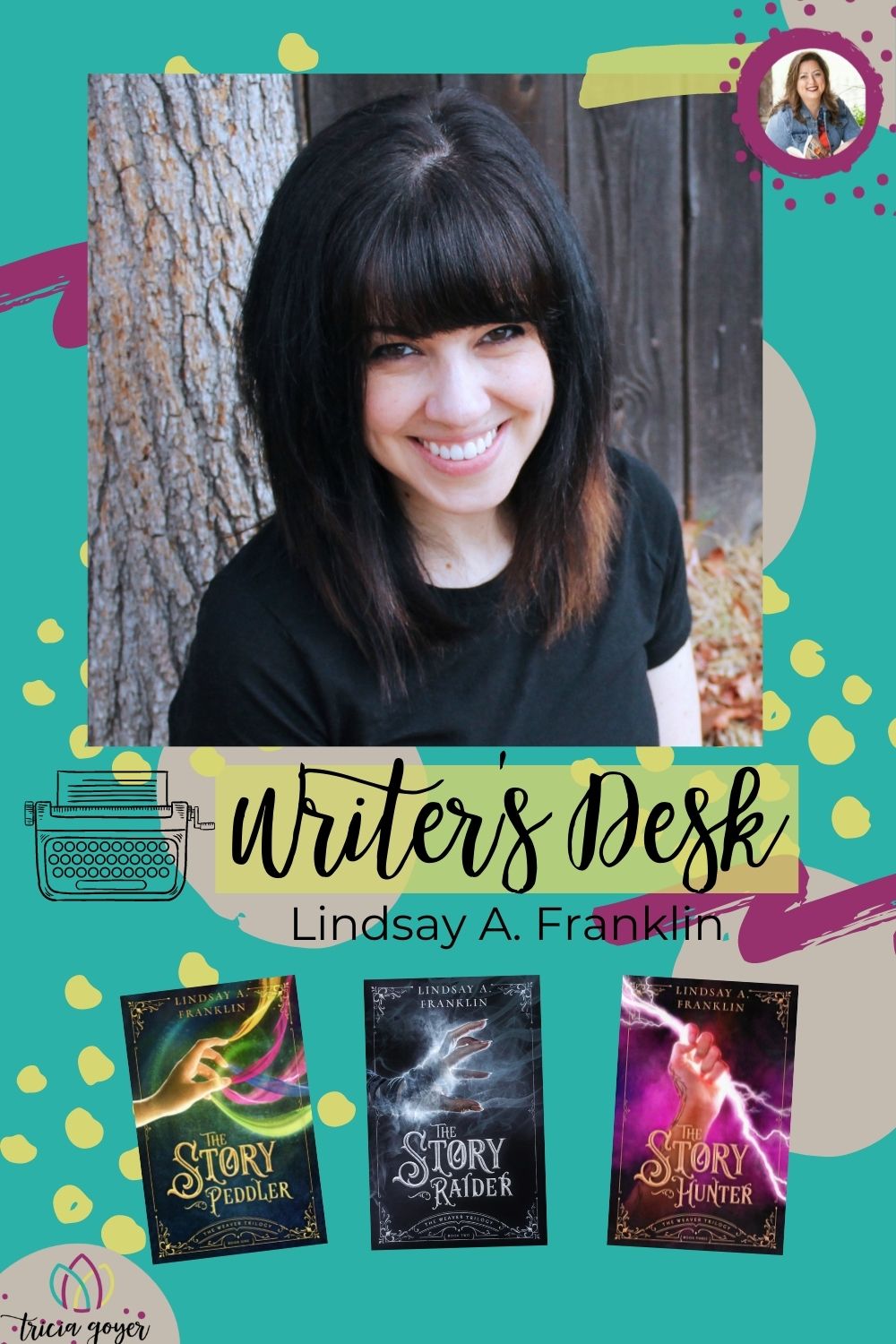 Writer’s Desk with Lindsay A. Franklin

Lindsay A. Franklin would wear pajama pants all the time if it were socially acceptable. She writes books, edits words, and homeschools her three geeklings. Lindsay lives in her native San Diego with her scruffy-looking nerf-herder husband, their precious offspring, three demanding thunder pillows (a.k.a. cats), and a stuffed marsupial named Wombatman. You can find Lindsay on social media, too, if Wombatman hasn’t hijacked all her accounts.

Q&A with Lindsay A. Franklin

I do, though it shifts as the seasons of my life shift. Right now, I spend a ton of time in the car, shuttling my kids to classes on two different college campuses, so Peet’s Coffee has become my office-away-from-office. I don’t write every day unless I’m on deadline.

My brain doesn’t really come alive until the afternoon, and I’m most creative after 6 p.m., into the wee hours of the morning. I really wish I were not wired this way! I would love to be a morning person, but no matter how I try, I can’t seem to force my brain to work differently. So I try to manage my tasks in such a way that I’m getting errands, chores, business- and marketing-related things done in the morning, freeing me up to write in the evenings.

I don’t like to eat while I’m writing, but I always have at least one drink nearby. My water bottle, bare minimum, then usually something warm along with it—coffee most likely, but I’m a big fan of tea too.

For me, writer’s block is usually the result of my brain not having a chance to breathe more than a problem with my story itself. In other words, when the demands of life are exceeding the energy I have to meet them, I find myself unable to be creative. I have two ways to combat this, and they’re actually total opposites. First, sometimes taking a break from everything and getting out into nature is all I need.

Putting my phone away, going for a hike, and enjoying God’s handiwork is endlessly inspiring. Other times, what I need to do is bring some order to my mental chaos. I’ll brainstorm a list of all the things creating that “static” in the background of my mind and clogging up my creativity—upcoming deadlines I need to meet, emails I haven’t answered, chores sitting undone, bills I need to pay. Then I prioritize that list and start knocking out tasks. Even just creating a plan helps me turn down the volume on that static, so my list may not be completely finished, but suddenly I find I’m able to hear my characters talking to me again. 😊

I’m an outliner. A pretty hardcore outliner. This isn’t because I’m organized, though. It’s because, without a very defined roadmap, my thoughts (and my stories) are chaotic! I need to really define the structure of my story before I start putting words on the page, otherwise, I end up in some strange places.

Never stop being curious, and if you really want to be a writer, don’t give up! When I first started out, a massively published novelist told my mom the biggest difference between writers who “make it” and those who don’t is perseverance. I took that to heart and endeavored to keep learning, keep growing in my craft, and keep knocking on doors until the right one opened. I hope I will continue to do all three of those things for the rest of my career.

Enter to win the three Story Weavers novels signed by the author.*

*Due to shipping costs, the giveaway is open to US mailing addresses only.

Click here to watch the interview with Lindsay A. Franklin 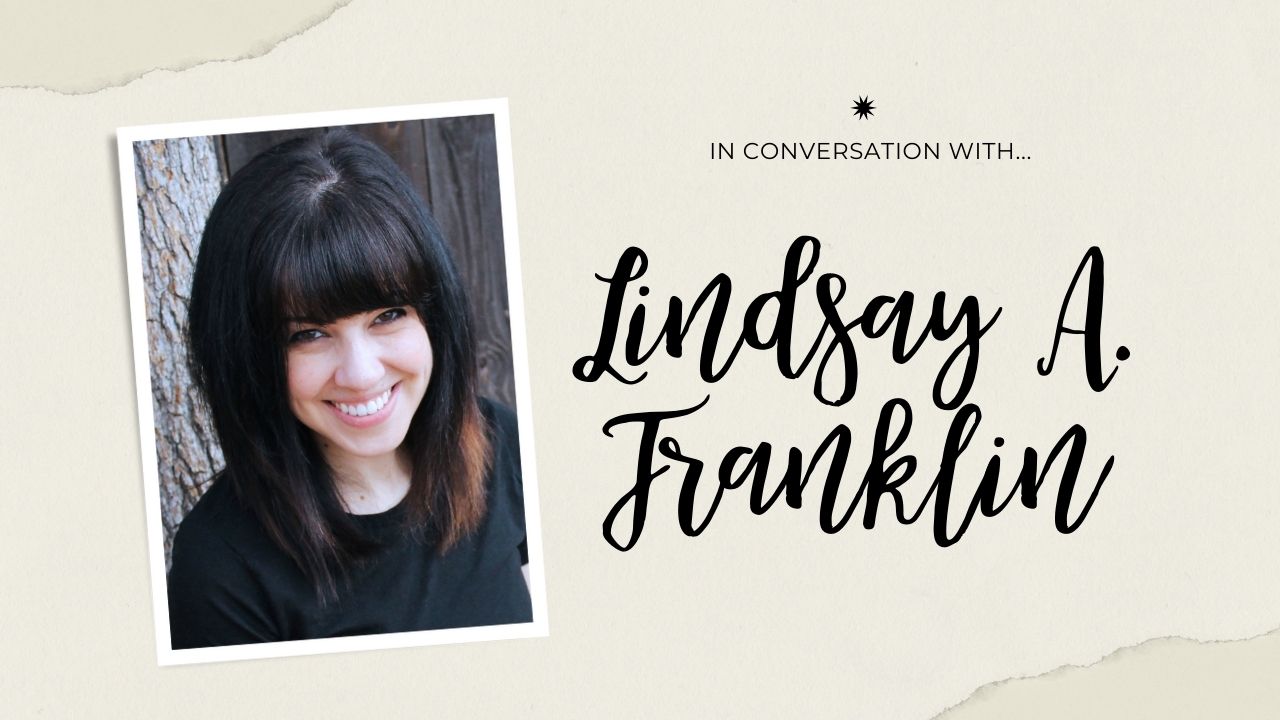 If you haven’t already joined, be sure to join the Avid Readers of Christian Fiction group so you don’t miss this and other fun LIVE author chats coming up!

More about The Weaver Trilogy: 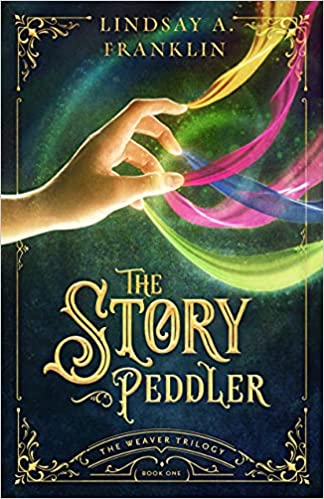 Selling stories is a deadly business.

Tanwen doesn’t just tell stories—she weaves them into crystallized sculptures that sell for more than a few bits. But the only way to escape the control of her cruel mentor and claw her way from poverty is to set her sights on something grander: becoming Royal Storyteller to the king.

During her final story peddling tour, a tale of treason spills from her hands, threatening the king himself. Tanwen goes from peddler to prey as the king’s guard hunts her down . . . and they’re not known for their mercy. As Tanwen flees for her life, she unearths long-buried secrets and discovers she’s not the only outlaw in the empire. There’s a rebel group of weavers . . . and they’re after her too. 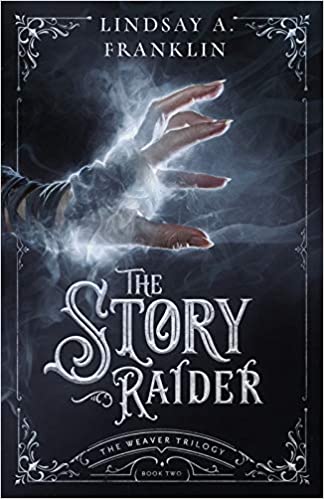 Deceiving an empire is a treacherous game.

Tanwen and the Corsyth weavers race to collect the strands of an ancient cure that might save Gryfelle. But Tanwen has a secret: Gryfelle isn’t the only one afflicted by the weaver’s curse.

As Queen Braith struggles to assert her rule, a new arrival throws her tenuous claim to the Tirian throne into question. Braith’s heart is turned upside down, and she’s not sure she can trust anyone—least of all herself.

The puppet master behind Gareth’s rise to power has designs on the story weavers and will stop at nothing to reclaim the throne. A plot to incite the angry peasants of Tir takes shape, and those dearest to Tanwen will be caught in the crossfire. As the fight for Tir consumes the realm, no one can remain innocent. 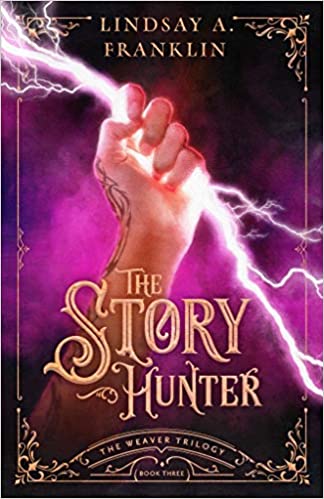 Redeeming the past is a fatal quest.

In the wake of a deadly coup, the capital city of Urian has descended into chaos. Heartbreak and bloodshed await Tanwen and her friends as they discover the unlikeliest leader now rules Tir.

If they want to save the realm, Tannie and the Corsyth weavers must rescue Queen Braith and unmask the Master, ending the strife once and for all. But the success of their hunt depends upon an ally no one trusts.

The Master has a new target in sight: fragile, trauma-scarred Digwyn, whose unique weaving ability could turn the tide of any war. When the desire for vengeance proves too powerful for Digwyn to resist, Tanwen must face a terrifying truth: the fate of Tir rests in the hands of a volatile, shattered girl.

Connect with Lindsay A. Franklin 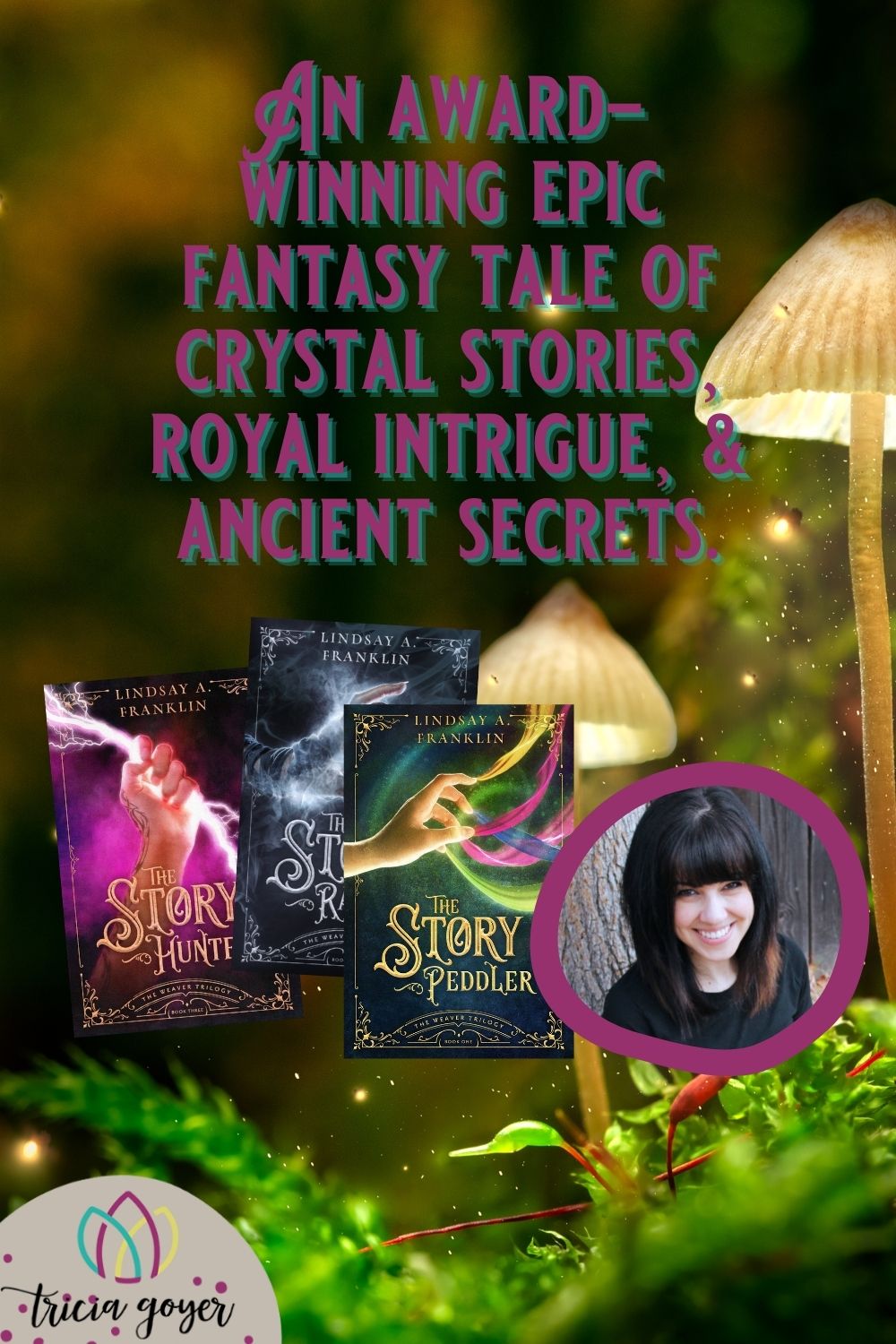 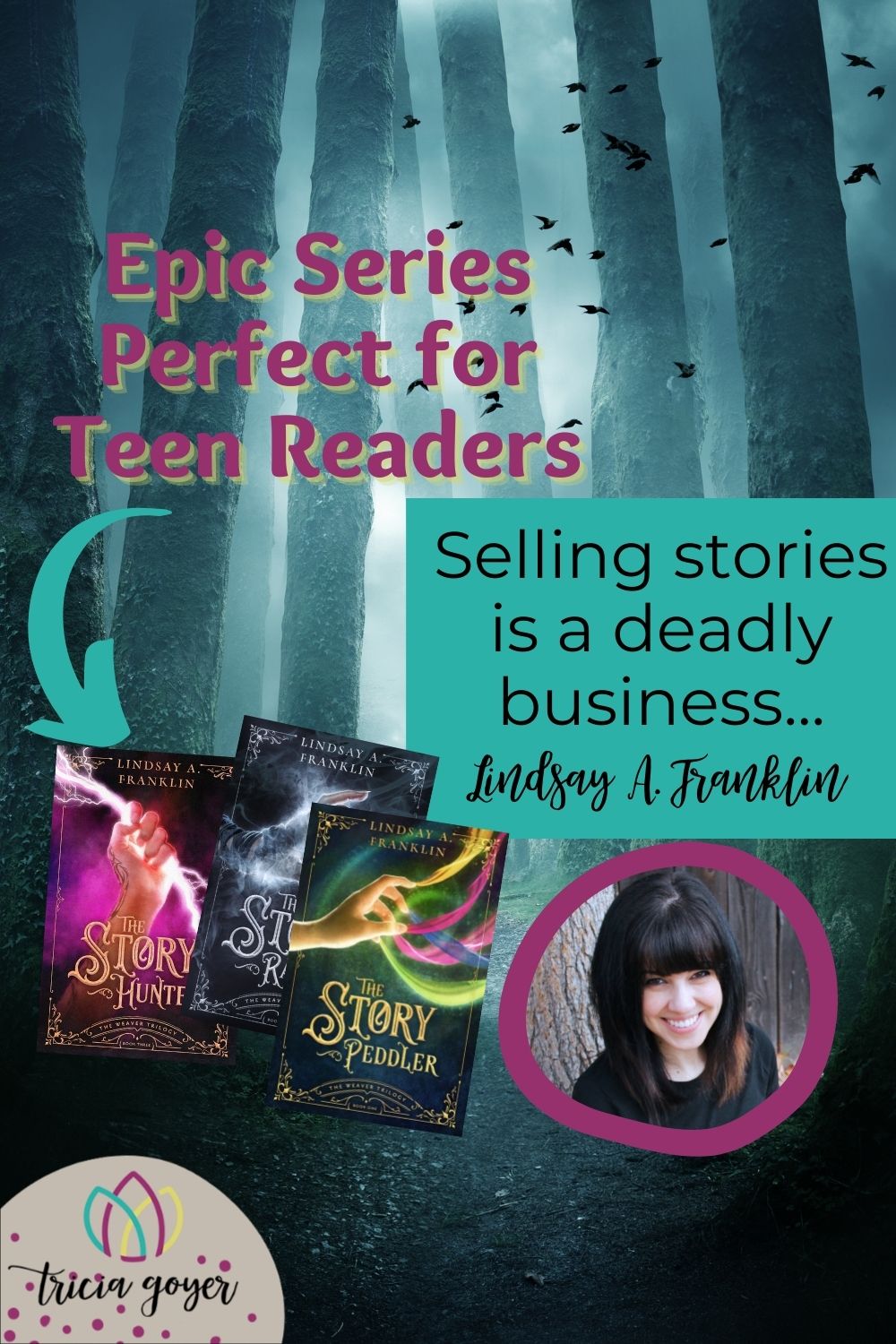 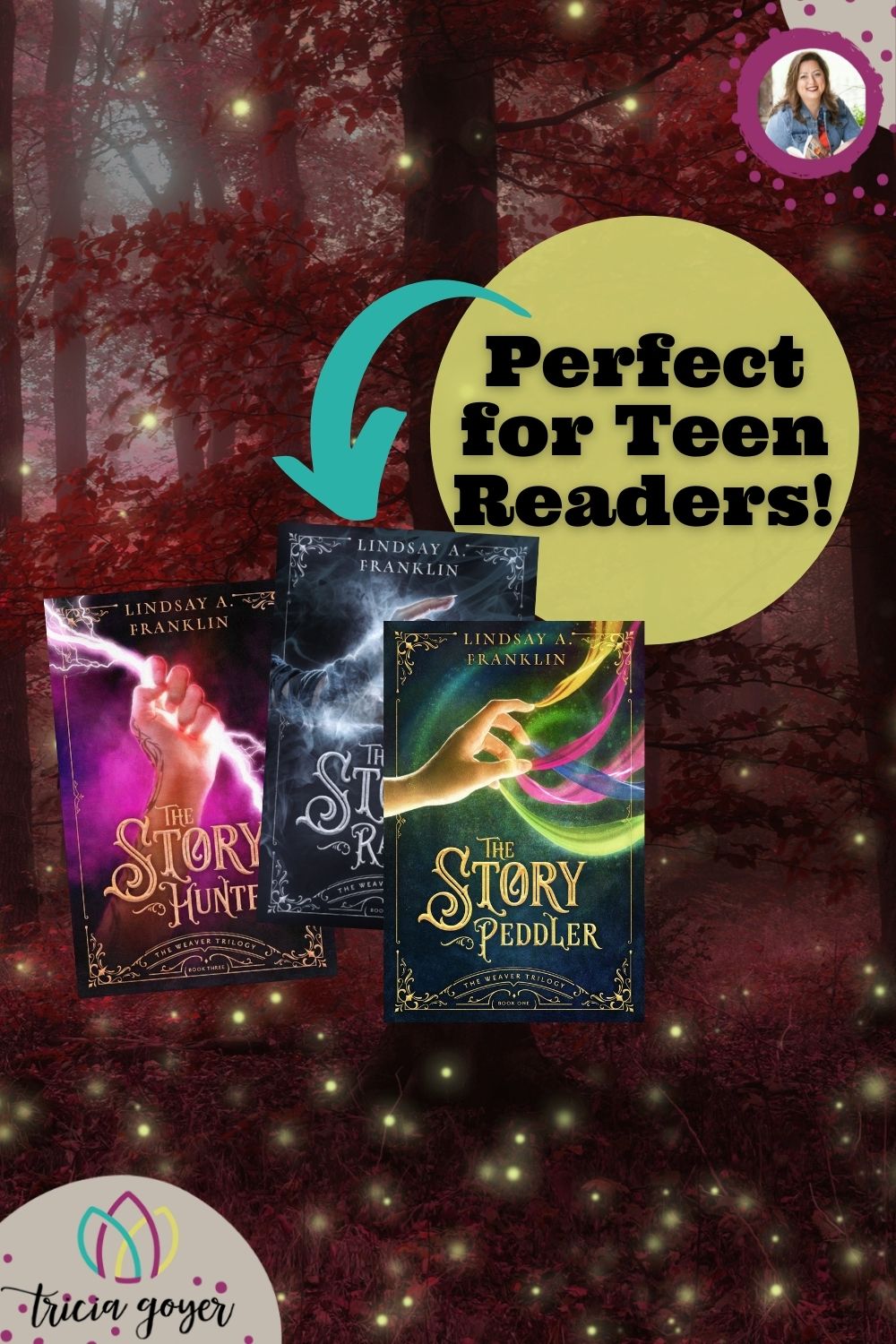