You are here: Home / being an author / Writers, Do Not Give Up On The Book Of Your Heart

Do you have a book that you’ve been wanting to write? Do you think it’s a great idea, but it’s hard convincing a publisher the same? Do you feel discouraged and want to quit?  Today I want to talk to writers to encourage you, writers do not give up on the book of your heart! 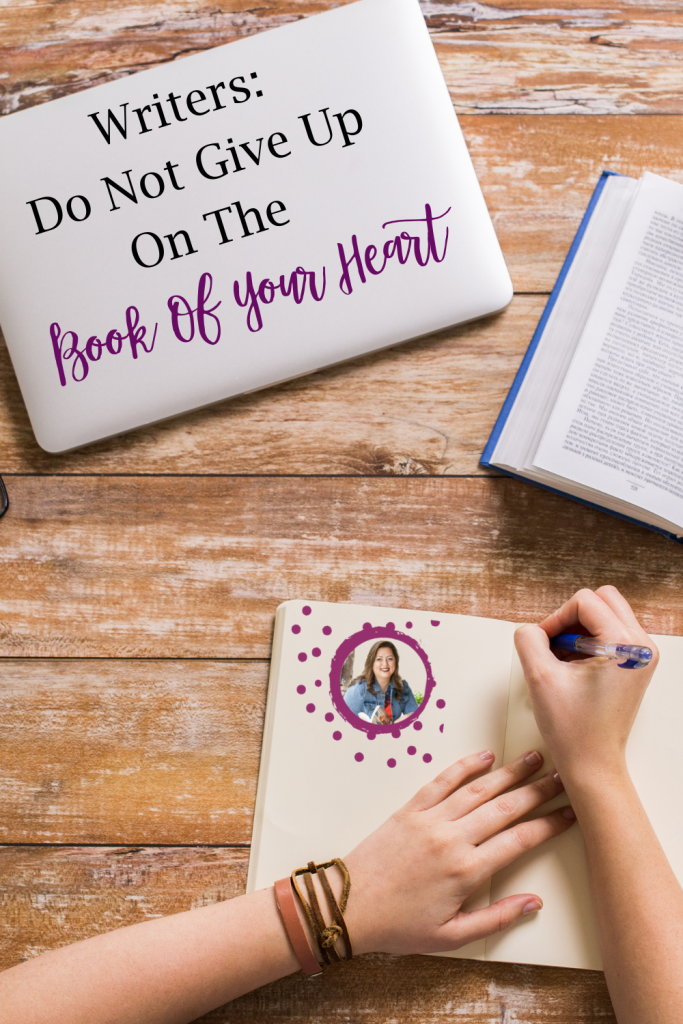 In 1999 I had an idea for a book for young people called Prayers that Changed History. As a homeschooling mom, I kept coming upon these GREAT stories of prayer such as: 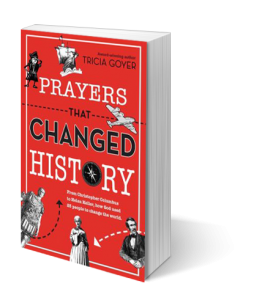 As a homeschooling mom, I knew that Prayers that Changes History was exactly the type of book I would buy for my kids. After all, I want my kids to know about heroes of the faith. I want them to understand the power of prayer.

This book was finally published in 2015 … sixteen years and I first got the idea and pitched it to a publisher. I LOVE getting feedback from parents and kids who are so excited about this book. I love that kids are learning about historical people and answered prayers. I love that they’re learning how to pray.

To encourage you to keep going, here are a few things you need to know:

What you need to know …

1. Know that writing is a challenge.

It is hard work, and a great idea doesn’t automatically translate into a great book. Every writer struggles. Don’t feel as if you’re not the only one. Everyone has fears about not being good enough. No one writes great stuff in their first draft. Writing is supposed to be hard. Overcome those fears one word at a time on the blank page.

2. Understand that not everyone will get what you’re doing.

There are some agents, editors, and publishers who will not like your idea or your writing. But then again there will be someone who does. I happened to connect with an editor who immediately understood and loved my idea for Prayers that Changed History, but before that, there were many editors who turned it down. Not every idea is a good fit for every editor or publisher. But, take heart, writers do not give up!

3. Know that some projects take time to flesh out.

Sometimes a manuscript needs to be rethought or reshaped. When it came to writing the final manuscript of Prayers that Changed History I spent more time teaching children how to pray than I’d originally planned. My book idea changed for the better, and I’m excited that it did!

I personally learned a lot about prayer from 1999 to 2015. I know that book is different (and better) because of what God taught me.

5. Know that God’s timing is perfect.

God knows when a book is needed. I don’t think it’s any coincidence that Prayers that Changed History was released around the same time as the movie The War Room. There is a theme that’s happening that year. God is bringing people to His knees, and it’s amazing that He desires for children to learn about prayer, too!

To encourage you to keep going, there are also a few things that you need to do:

Writers, do not give up. Here is what you need to do …

I started a filing drawer filled with stories about answered prayer. Whenever I’d come upon a story I’d photocopy it and put it in a file. Then—when the time is right—I had all the material that I needed. Even as I worked on other projects I kept this one in the back of my mind.

Like any career, writing takes time, effort, and knowledge. The more you study the craft of writing, the better you become as a writer.

When I first came up with this book idea in 1999, self-publishing was an expensive venture. You had to hire an editor and a printer, and the end result was 1,000 copies of your paperback book in your garage. Today self-publishing is altogether different. It’s easy, it’s cheap, and it’s a great way to get your book published and in the hands of readers.

If you have a book that you’ve been wanting to write … keep going.
If you have a great idea … trust your gut.

During this time in history, we have amazing opportunities to share our words around the globe. If you have a book on your heart don’t give up! 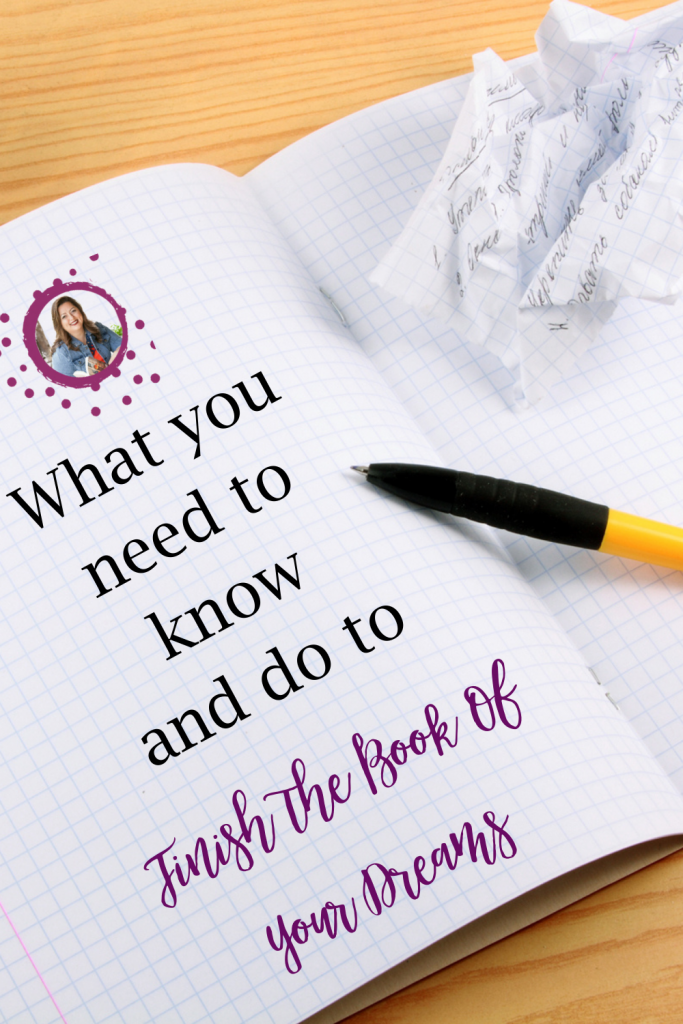 Resources on Publishing on Kindle:

Have a book on your heart but don’t know how to get published? @TriciaGoyer shares advice here 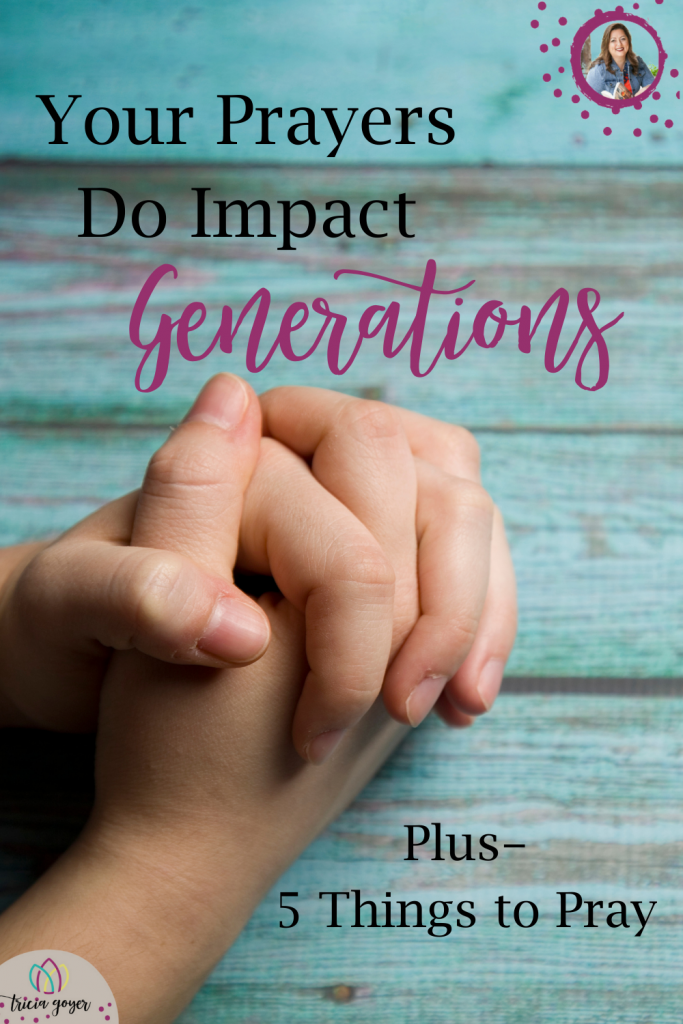 Your Prayers Do Impact Generations